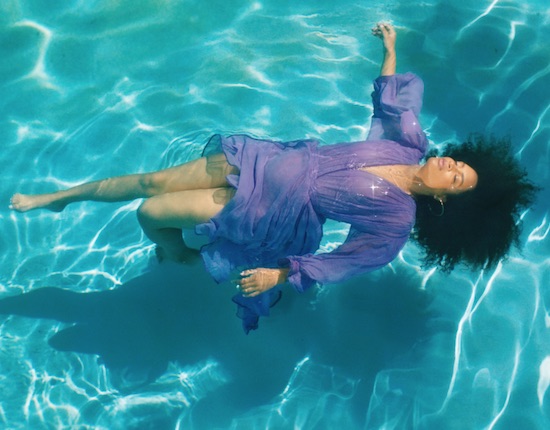 Dutch newcomer Nicole Bus has made musical waves with her single "You." We must admit the single is infectious, and not just because the song shares a sample source with Wu-Tang Clan's unforgettable cut "C.R.E.A.M." There's something about Nicole's voice — a melodic mix of rasp and sass — that has us pressing the repeat button. Now we have even more reason to keep the song on repeat now that she's finally issued a video for the cut.

Rather than try to provide a linear story for the Needlz-produced track, Nicole and director Daniel Iglesias Jr. focus on providing the viewer with stylized moments that immediately catch our attention. We get grainy, classic-styled shots that look as if they were shot on a Super 8 mixed in with actual still photographs and more modern shots. There are also a few other camera tricks and treats as well, with one shot continuously pulling back from an image on a TV screen to reveal that same scene over and over in a tunneling loop and another of Nicole floating languidly in crystal clear water. It all adds up to a gorgeous collage that gives us somewhat of an idea of who Nicole is as an artist and makes us excited to learn even more.

In related news, Wu-Tang's Ghostface Killah has thrown in his official support of the track by hopping on an unofficial remix of "You" that also acknowledges his crew's original track. Just as Nicole sings of the loveliness of her man, Ghost raps the praises about his girl from her attitude to her style of dress. While hopping on an R&B chick's track has become a common thing for the spitter (see Teyana Taylor's "Gonna Love Me" remix), it's nice to once again hear a member of the veteran hip-hop collective kick rhymes over the piano trills of The Charmels' "As Long As I Got You."

Check out both Nicole Bus' video for "You" and Ghostface Killah's "C.R.E.A.M" edit of the track below to get your hip-hop soul fix.