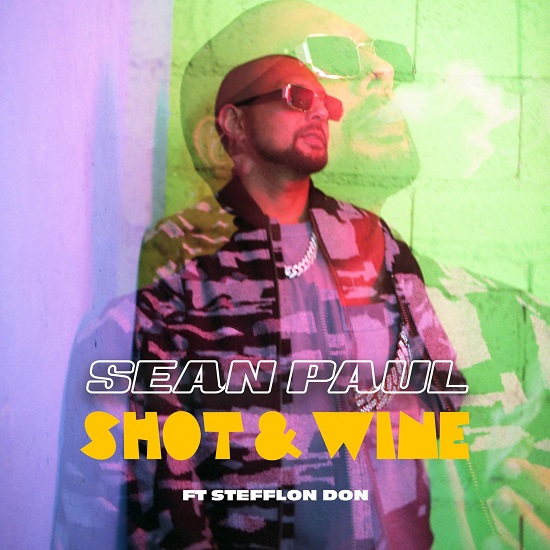 Rapper/singer/producer Sean Paul began his dancehall domination at the turn of the millennium and he's been making us dutty wine ever since. Whether solo or as a featured guest with popular artists like Sia and Clean Bandit, his distinctive voice never fails to make us move. Now, less than a year after dropping his EP Mad Love The Prequel, the reggae superstar is back at it, teaming up with British singer/rapper Stefflon Don for "Shot & Wine."

Lyrically speaking, it checks all the usual boxes. Music is pumping, drinks are flowing and there's a whole lotta shakin' goin' on. Unsurprisingly, the track is pretty infectious. Over a mix of punchy synth chords, island riddims and twerk-inducing handclaps, Sean invites his gyal to split, flip, back it up and roll dem hips. Stefflon is clearly up for the challenge...and then some.

The duo has collaborated a few times in the past (most recently on "Jet Plane Trip" from the Mad Love EP), but this track already marks the second time they've teamed up since the new year began. Maybe they should consider a duets project? Sean Don, anyone? How about Stefflon Sean? While you think about that, check out "Shot & Wine" below and then stream/download it via your favorite platform. And if you're wanting more, you can also hear the duo link up with Idris Elba pon de remix of Wiley's "Boasty."