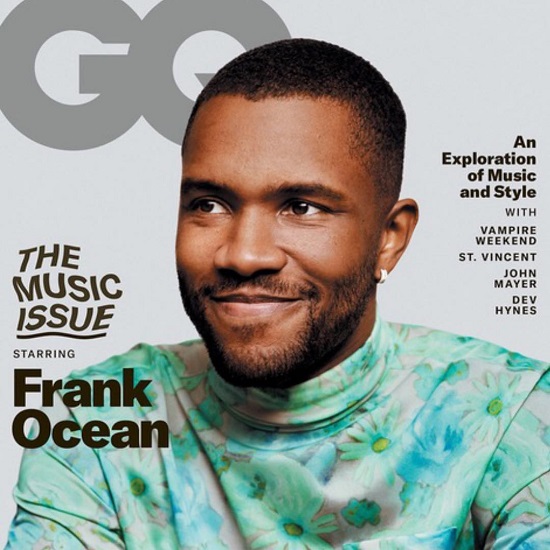 Look who's a GQ cover boy! The reclusive Frank Ocean graces the music issue of the men's fashion mag. Not only does Frank pose it up in Prada within the magazine's pages, but he also gives them an interview in which he speaks on everything from his skincare regimen to why he finally made his Instagram public and his move to New York. Perhaps the most revealing thing he speaks on is why he feels the need to control his narrative in the public eye. "There’s a way you wanna be in the visual press, although you could potentially be misrepresented; when you’re completely minimal with media, there’s a lot of pressure on whatever one thing you’re doing, the stakes are higher," he said. "Social media helps that, ’cause you’re fully in control and can message that how you want." You can read more in the issue, which is on newsstands now.