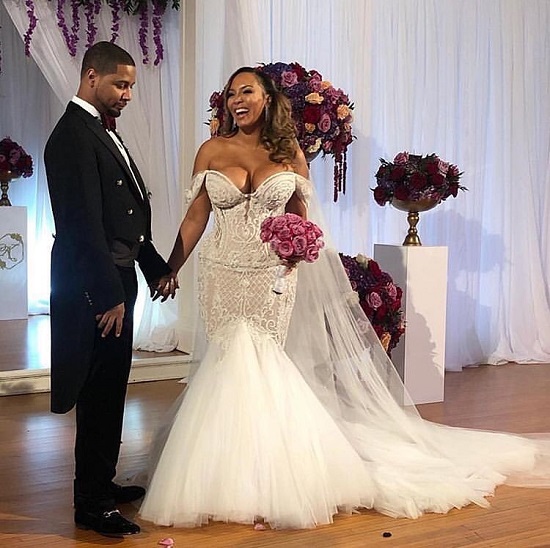 Juelz Santana is a married man. The Dipset rapper tied the knot with longtime girlfriend Kimbella in a private ceremony with family and friends this week. Attendees included Love & Hip Hop co-stars Remy Ma and Papoose, Lil' Kim and Maino. The nuptials, of course, took place before the rapper is set to serve a 27-month sentence for weapons and drug charges stemming from his arrest at the Newark International Airport last April. There is no word on when Juelz will begin the sentence, but the accelerated timeframe from the proposal in November to the wedding this week indicates that his time in jail will be starting sooner rather than later. #CongratsThough