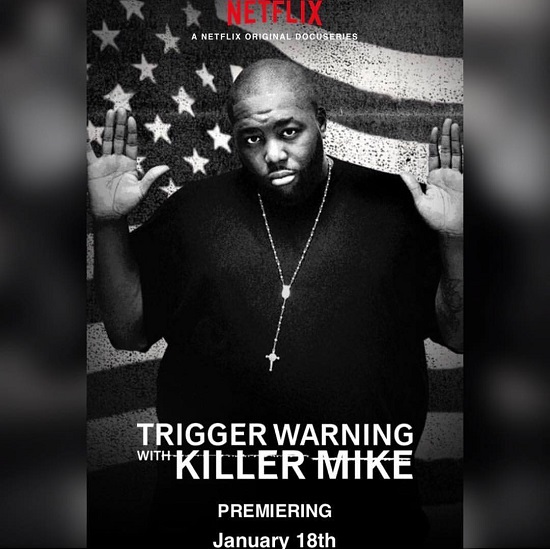 Killer Mike Gets His Own Netflix Series

Killer Mike has always been outspoken, especially when it comes to the plight of black people. Now the ATL rapper will get to share his views with an even broader audience on his upcoming Netflix show Trigger Warning With Killer Mike. The six-episode docuseries will follow KM as he confronts America's race problem head-on. "Trigger Warning is about examining cultural taboos and giving viewers the space to examine the ‘what ifs’ and ‘why nots’ that limit how some people move and operate in the world," Mike said in a statement. He also added, "Not everyone will agree with my methods (and some of what we’re putting out is f**king crazy), but this show is about embracing your freedom to challenge societal expectations and conformity. This show is if an anarchist determined the status quo." Sounds like must-see TV to us. The series is set to premiere on the service on January 18th. #ThisGonnaBeGood