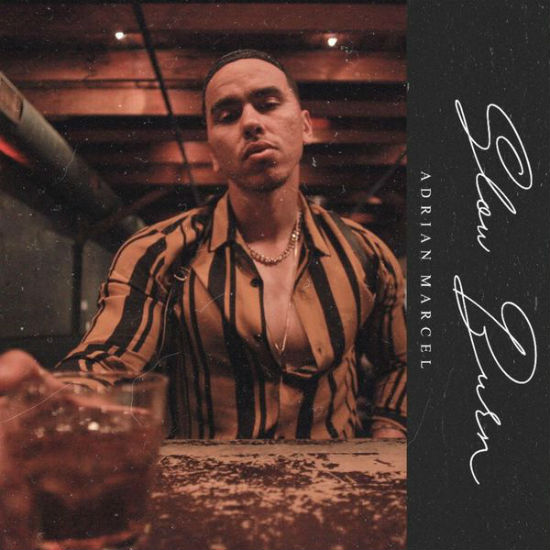 Singer/songwriter Adrian Marcel continues to bask in the freedom of being an independent artist. After being released from his former label Republic, he was able to reignite his passion and rediscover his sound, and the result was his 2017 debut album GMFU (Got Me F**ked Up). After dropping multiple singles from the project, including "CHEVY," "LUVJONES," "Imagination" and "BEATITUP," the Bay Area native hit the road for his GMFU Tour. Now he returns with his first offering of 2019, the aptly titled, smoldering single “Slow Burn.” Over a mid-tempo groove, perfect for a couple’s two-step, he sings of the passion brewing between he and his lover, assuring her of his intentions while noting the importance of taking things slowly.

The track serves as the lead single from his forthcoming album 98th. Now as the owner of his own label, Third Voice Music Group, Marcel is calling all the shots and has regained complete control over the direction of his career. Not only does he serve as executive producer of his new album, he will also hit the small screen as he costars in The Bobby DeBarge Story, presented by TV One in June. It seems distancing himself from the confines of a major label has allowed Marcel to tap into his other talents, and we are excited to see all that he has in store.

Give Adrian Marcel’s "Slow Burn" a spin and add the track to your sexytime playlist. Word on the street is that his upcoming album will drop this month, so be sure to keep an eye out for its official release any day now.


TAGS:  Adrian Marcel", audio
Previous: ‘While We Wait’ For Kehlani’s Mixtape, Listen To ‘Nunya’ With Dom Kennedy & ‘RPG’ With 6LACK Next: Gallant & Adrian Younge Deliver A Slice Of Black Life With ‘Strobe Lights’