Alicia Keys Gets Vulnerable With ‘Raise A Man’ 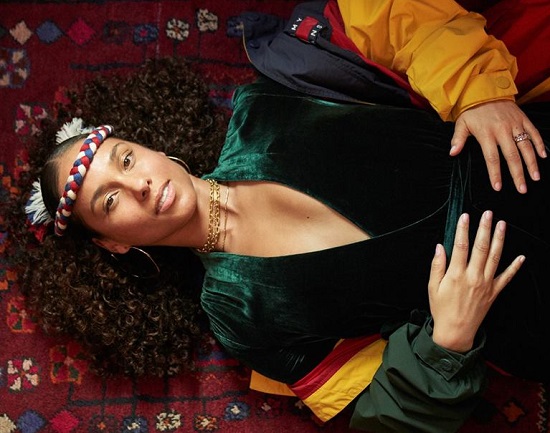 If you happened to tune into a little thing called the GRAMMYs, then you saw first-time host Alicia Keys hold it down for the ladies throughout music's biggest night. Still feeling high from the proceedings, Alicia also took the time to get back into the music arena with her first new single since dropping her 2016 album Here, "Raise A Man."

This being Alicia Keys, of course, "Raise A Man" is a piano-heavy number. However, the song isn't exactly what its title conveys. It's actually a love ballad dedicated to loving your man through thick and then and how he makes her feel. She also wonders allowed if it's alright that he makes her feel vulnerable in certain ways and strong in others. "You’re just not like these other men out here," she sings at one point. "You just wanna hold me, and that’s OK / Can I be a woman for you, babe, in a time when it’s not allowed?" She then asks an interesting question on the song's chorus: "Is it OK to love a man right now? / If you understand, then show me your hands."

We get the sentiment she's describing here. However, with her lyrics going off in several contradictory directions and a musical backdrop that offers little variation, we're not sure if this one can hold our interest long enough to spark a dialogue. Maybe you guys might have a better understanding with Alicia when you take a listen to "Raise A Man below.