Anderson .Paak Delivers A ‘Trippy’ Performance On ‘The Tonight Show’ 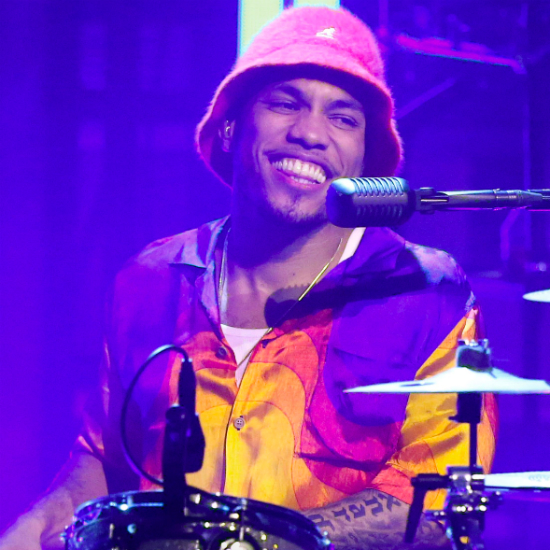 If you haven’t been bumping Anderson .Paak’s latest opus Oxnard, well, we don’t know what to tell you. From hip-hip to soul to everything in between, the multitalented star knows how to cold rock a party or set the mood. He gave us a glimpse into his multifaceted future last night on the The Tonight Show Starring Jimmy Fallon. Andy sat down with Jimmy Fallon to discuss his recent GRAMMY win for Best Rap Performance. He also mentioned having two albums worth of music done with Dr. Dre and that his future work would lean more towards soul than gritty hip-hop. He then provided a great example of his R&B side with a performance of Oxnard standout “Trippy.”

The performance started with Andy and his band The Free Nationals providing some light accompaniment to the voiceover of Rodney Dangerfield on The Tonight Show, which is featured on the album version. Playing drums, .Paak slowly got into the groove of the track, switching things up ever so slightly for the live version of the song. Instead of J. Cole providing a rap, we were instead treated to a rapturous trumpet solo from Maurice Brown.

If you’re lucky, you can catch a real live performance of “Trippy” in a city near you during Andy’s Beach Club World Tour. We promise, you’ll be in the crowd shouting “Yes Lawd!” if you can swing a ticket. But, if not, you can enjoy the next best thing by watching him in action right here.