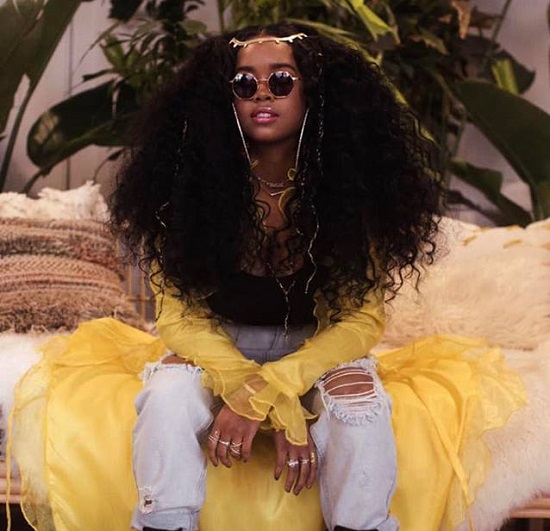 This weekend will be a big one for our girl H.E.R. The R&B singer-songwriter is nominated for several awards at this weekend's GRAMMY ceremonies and she'll also be taking the stage on music's biggest night. Oh, and apparently she's also featured on the soundtrack for this weekend's Taraji P. Henson movie vehicle What Men Want. While that part might not seem that major, the stakes are upped significantly when you realize that she's covering Queen of Soul Aretha Franklin's fiery song "Think."

As anyone knows, doing a straightforward cover of Aretha is pretty much a recipe for failure. To H.E.R.'s credit, she doesn't even attempt that feat. Instead, she reimagines it in a modern context, complete with bass-heavy production, programmed drums more akin to hip-hop than soul and an arrangement that almost veers into the realm of pop. It all boils down to what you'd expect from a soundtrack song to a major motion picture: it's not very memorable. Bless H.E.R.'s heart, though, because she does try her best, including giving a pretty good vocal performance. Still, it all just comes off as innocuous instead of the fiery, self-assured sass that Aretha gave to the song when she released it in 1968.

Seeing as H.E.R. took on Aretha fairly successfully when she incorporated "Day Dreaming" into her track "Let's Get Away," we think that the rising star has the opportunity to redeem herself in the future. However, this one ain't it. See what you think about her take on "Think" by taking a listen right here.