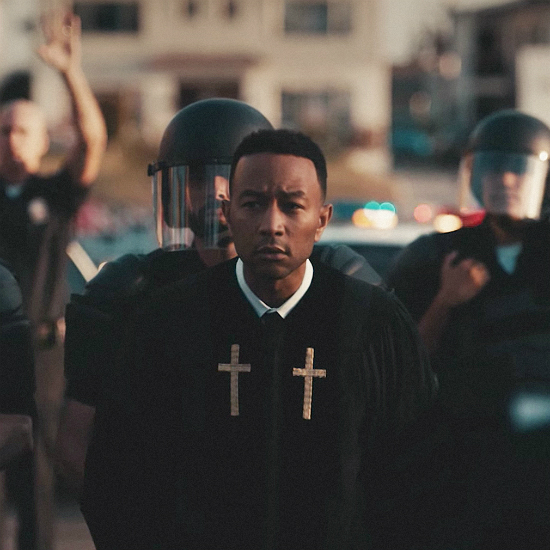 John Legend is well-known not only for his singing but also for his social activism. Now he’s combining two of his passions with the release of his song “Preach.” The track is a response to many of the social issues that we are challenged by but often feel helpless to do anything but pontificate about. “The idea behind the song is that sometimes we can get so frustrated by the news and what’s going on and there’s this scatter going on in ourselves,” Legend says about "Preach," which has also been released with a searing music video. The song and video were produced in support of FREEAMERICA, which "exists to amplify the voices of individuals impacted by the criminal justice system and those who are working to change it."

“Heaven knows I’m not helpless / But I’m only human / Can’t see the use in me crying / If I’m not even trying to make the change I want to see,” sings Legend on the chorus, acknowledging the bitter truth he shares with his audience. Over a soaring production of booming drums, guitars and intermittent strings, he makes his case for everyone doing what they can to help their fellow man instead of useless thoughts and prayers.

Directed by Dominique DeLeon, the concept behind the video is John taking a journey through America’s pain. It opens with him lying awake in bed with his wife Chrissy Teigen sleeping beside him. Unable to rest, he gets up and opens his bedroom door, literally stepping into the political mess just beyond his doorstep. On his journey, Legend explores school shootings, police brutality, immigration issues and more. If you’re as disturbed by the scenes in the clip as we are, Legend also provides a way for you to do more than just feel disheartened. The video uses YouTube’s fundraising feature with a goal of obtaining $50,000 in proceeds.