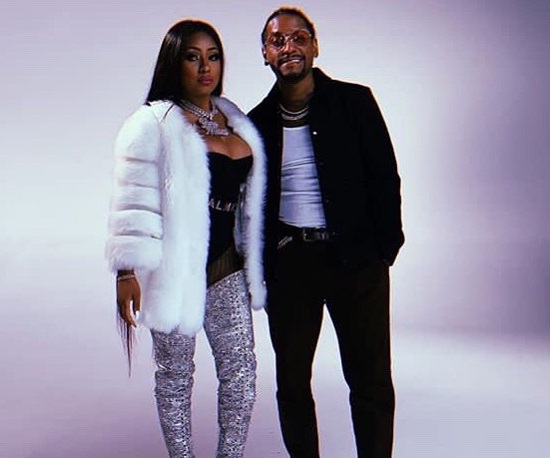 Lloyd's recent musical return with his album TRU yielded a few moments we weren't expecting from the former Murder Inc. artist. Still, he offered some of the tried-and-true tactics with songs like the blatantly sexual "Caramel." Now that he's readying a video for the song, he's decided to spice things up on the bedroom banger with a remix featuring City Girls.

Well, actually, if we're being honest, the song only features Yung Miami (City Girls' other half JT is currently in jail on fraud charges). However, she reps enough for both of them at the top of the track. "I see you likin' all my pictures on the 'gram," she raps assuredly, "but no emojis cuz you know I got a man." That doesn't stop her from requesting a DM and offering up a scandalous good time in the near future. After Miami imitates his delivery with a sing-song closer, Lloyd hops back into the mix with pretty much the same verses that we've heard on the original. Not that we're complaining too much about that point. While simple, the song gets to the point and makes no pretenses as to what exactly it's about.

Will you like the flavor Yung Miami brings to Lloyd's "Caramel"? Give the remix a spin to find out.