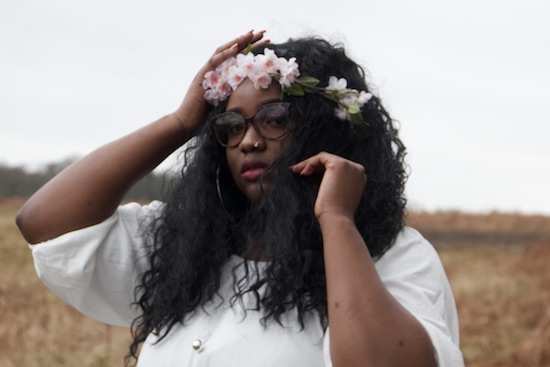 East London's M.I. may best be known as a member of the group Leeds Contemporary Singers, who gained fame in 2017 when they won BBC's Pitch Perfect-inspired music competition reality series Pitch Battle. However, last year the songstress decided to forge her own path and pursue a solo career. Influenced by diverse artists such as Jhené Aiko, Willow Smith and Rukhsana Merrise, the alternative R&B singer has honed her craft and performed with Sampa The Great and Kelis. She released a handful of singles in 2018, and earlier this month she debuted her new song "Runaway." Keeping that momentum going, M.I. follows the release up with the track's music video in an exclusive SoulBounce world premiere.

A tranquil song about escaping from real life to be free with the one you love, the "Runaway" visual brings that soulful serenity to life. Director Alex Sonnenberg's camera focuses solely on M.I. as she sings and frolics outdoors. Cool, calm and collected as the song itself, she's dressed in white with a floral crown perched on her head. M.I. plays and poses with a lacy white shawl and later a sparkler to signify both the peace and passion she feels when she's with her love.

"I daydream a lot when I’m at work," M.I. tells us about how the visual came to be. "I remember a time when I was listening to a demo version of 'Runaway,' and what we captured is what I envisioned whenever I would listen to the song. This song really would take me away from anything that was bothering me. It let me imagine living another life for 3 mins where I’m carefree as f**k and galloping around in the depths of a beautiful forest." Needless to say, M.I. and the director brought her vision to glorious life.

Watch M.I.'s "Runaway" music video, and don't be surprised if it leads you to fantasize about running away with your bae. There's more to come from this up-and-coming talent, so be sure to follow her on Facebook, Twitter and Instagram to stay abreast of her future moves and music.