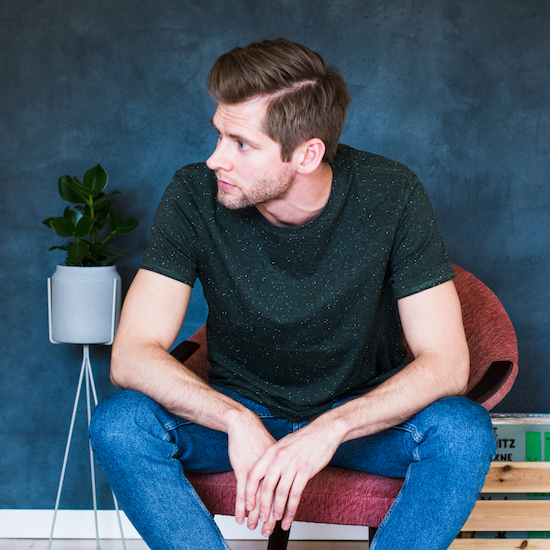 A number of artists from Scandinavia have landed in heavy rotation here at SoulBounce over the years, among them Quadron, Seinabo Sey, Marie Dahlstrom and Bernhoft. It looks like we'll be adding two more into rotation now that producer/DJ Reggie Got Beats and vocalist/multi-instrumentalist Vebjørn Mamen are on our radar. The Norwegian artists have pooled their talents together on Reggie's new song "Fascination," which SoulBounce is debuting in an exclusive world premiere.

"Fascination" is a soulful, funky number that will beckon you to the dance floor. Whether you do a simple two-step or break out into more elaborate moves is up to you, but the upbeat sound bed of guitar, bass and drums will definitely make you want to move and groove. The combination of Reggie Got Beats' production and Vebjørn Mamen's vocals will appeal to fans of Tom Misch.

With lyrics like, "This thing between us has been going on for way too long / Now it's time that we just let it go," one may think that Vebjørn is singing about a relationship and matters of the heart on "Fascination." However, Reggie tells a different story about the song's origins.

“The lyrics for 'Fascination' are actually very specific, describing Norwegian chess world champion Magnus Carlsen's 2013 championship match versus Vishvanathan Anand. It was about his obsession, dedication and overcoming the challenge of beating Anand," Reggie Got Beats explains. "You can say 'Fascination' is about passion and the challenges you meet trying to reach the top in whatever you're passionate about. Being passionate, fascinated and intoxicated means being troubled by what you love the most, the necessity of fighting for what you want to achieve and overcoming obstacles on your path to fulfill your dreams.”

That's quite a fascinating story and one that proves you can find inspiration for art anywhere. Have your dancing shoes ready when you press play on "Fascination," which is out now on Sidekick Music and also features remixes by jazz-house duo Sparkx and La Félix. Keep up with Reggie Got Beats and Vebjørn Mamen on Facebook, and look out for more funky new tunes from both artists.