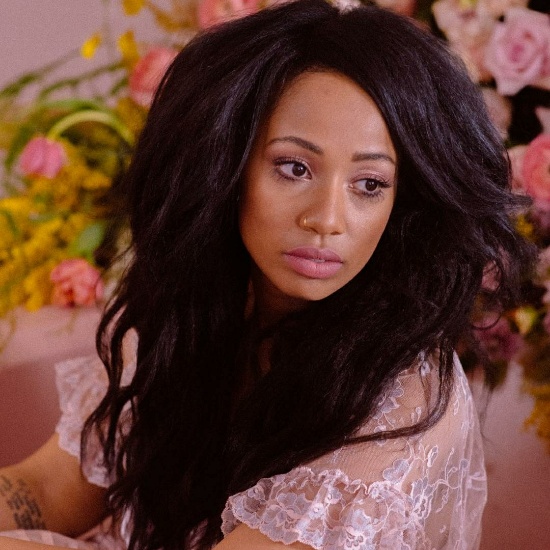 We didn't realize how much time had passed since we'd heard a project from Jennah Bell until she released her full-length debut, Anchors & Elephants, last month. The album, entirely written and arranged by Ms. Bell, is a lovely reintroduction to the incredibly gifted artist who has enchanted us with her magical blend of folk/soul/pop/rock for nearly a decade. We appreciate that she reached into the vault for a few a gems ("Chapter 3: The Hatchet," "John Forbid" and "Candied Daylight"), and we love how the remaining seven tracks serve as proof of her continued evolution and refinement. But one track in particular stands out because it is unlike anything we've ever heard, or seen (as you'll soon find out), from the artist.

Originally released last summer, "Can't Be Too Careful" is an ode to the vulnerability that comes with falling in love. Steeped in '70s-era rock and funk with bold drums, thumping bass and ferocious guitar, Jennah's soulful vocals deliver strut and sass, an interesting contrast to lyrics that portray timidness. After spouting off a list of precautionary measures applied to her everyday life, she soon admits, "But ain’t no safety coats, raft or riverboats / No parachutes, stop signs, or stop lights / Just ain’t no savin’ you, when it comes to the one you love." The electric song is a departure from the more acoustic sound that we're accustomed to hearing from the Cali-bred singer/songwriter. But she saved the real surprise for track's unconventional visuals.

Decapitated dolls, pink oobleck, pink feathers, pink confections, pink spaghetti and enough flowers to make a beehive blush are just a few of the obscure props for this psychotropic art piece directed by Mallory Talty. Inspired by Czech director, Věra Chytilová’s controversial 1966 film Daisies, the clip is super weird and totally captivating. There's something oddly satisfying about watching Jennah and Jane Kim chillin' in a car eating dragonfruit. But we've already said too much; this video is definitely something you have to see for yourself.

In a recent interview with The 405, Jennah describes the visual as, "...more of a visual allegory than a narrative. It expresses and challenges themes of rebellion, feminism, liberation, love, playfulness, isolation, glutton, beauty and alchemy." Watch "Can't Be Too Careful" and download a copy of Jennah Bell's incredible debut, Anchors & Elephants. You should also make plans to see her perform live. She's currently on tour supporting Emily King, and will also support Haley Reinhart on select dates in April. Visit Jennah's website or follow her on Twitter and Instagram for updates and ticket details.