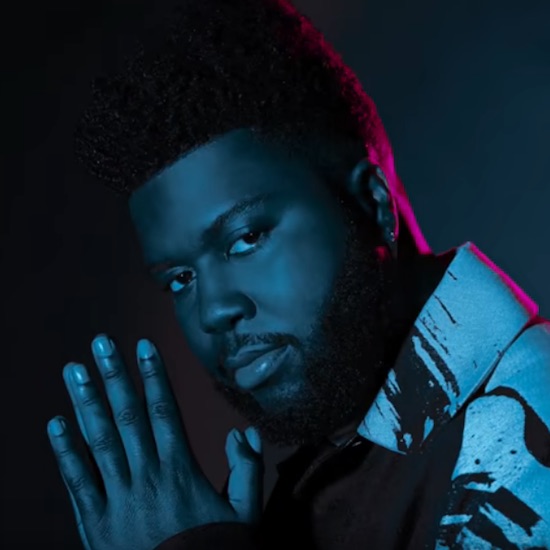 With just a few weeks to go til the April 5th release of his sophomore album, Free Spirit, singer Khalid has been keeping busy by releasing three singles taken from the album and making his way to 30 Rock where he made his Saturday Night Live debut this past weekend.

The 21-year-old hit the stage of the Idris Elba-hosted show where he performed the first single taken from the album, "Talk." Backed by a live band and three vocalists, Khalid breezed through the Disclosure-produced ballad in which he stresses the importance of communication in a relationship. Although it was his first time on the SNL stage, Khalid showed no signs of stage fright as he confidently bopped across the stage, occasionally flashing his megawatt smile.

For his second performance of the evening, he showcased his vocal range on the sweeping "Better," taken from his 2018 Suncity EP. Though the song started off slowly, by the end of it, he and his backing vocalists took the audience to church as the song reached its peak. The set of performances surely earned Khalid some new fans thanks to his relatable lyrics and the fact that he appeared to be genuinely enjoying himself.

Just a few days prior to hitting the stage this past weekend, Khalid broke fans off with another single from Free Spirit. The song "My Bad" finds the singer offering up a mea culpa after taking too long to respond to a text message. "Said, my bad / Blowin' me up, we been wilin' / We was cool, yeah, we was vibin' / Gotta put my phone on silent," he sings on the hook. Although he seemingly has a good reason for missing the call because he was at work, he apologizes for the act nonetheless.

As previously mentioned, Khalid's sophomore studio album, Free Spirit, is due out April 5th. A couple of days before the album drops, fans will be able to check out his short film, also titled Free Spirit. Set to screen in theaters around the world, the companion film was co-created by Khalid and Emil Nava. The screenings will also provide fans with the opportunity to check out the album prior to its actual release. For more information about screenings in your neck of the woods, check out the film's website to purchase tickets for the one-night-only event.