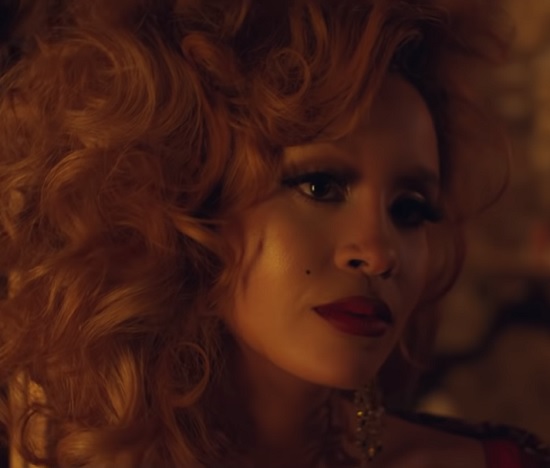 After years of waiting, Lion Babe is officially back! The New York City-based duo has finally released their much-anticipated second album Cosmic Wind just in time to ride out the spring into summer, and we couldn't be happier. But before we get into the goodness of their latest release, the twosome also dropped the video for their Raekwon-featuring current single "Western World."

In the video, they take us back to the days of the Wild Wild West but add some modern twists for extra flair. Singer Jillian Hervey plays both saloon girl and cowboy as she struts her stuff around an NYC reimagined as the Old West. There's plenty of leather fringe, cowboy hats and cowboy boots to go around in the clip, which is heavy on style. Meanwhile, they finally get a visual solid from a high profile rapper featured on their track as Rae stops through to play a gambling gunslinger that drops a hot 16 while playing a bit of Texas hold 'em. It all culminates in a standoff between Jillian and a mysterious man in black with our girl coming out victorious thanks to a few slick moves.

"Western World" is just part of the breezy new effort that is Cosmic Wind. The pair outdo themselves on the project — which includes previously released gems "The Wave," "Hit The Ceiling" and "Honey Dew" (sorry, no "Rockets") — channeling the crate-digging vibes of old school hip-hop production, the soulful groove of neo-soul and the wild child fun of the current musical generation and melding it into something worthy of multiple spins.

You can stream the project in full below after pressing play on the video for "Western World" and scoop it up now from your digital retailer of choice.