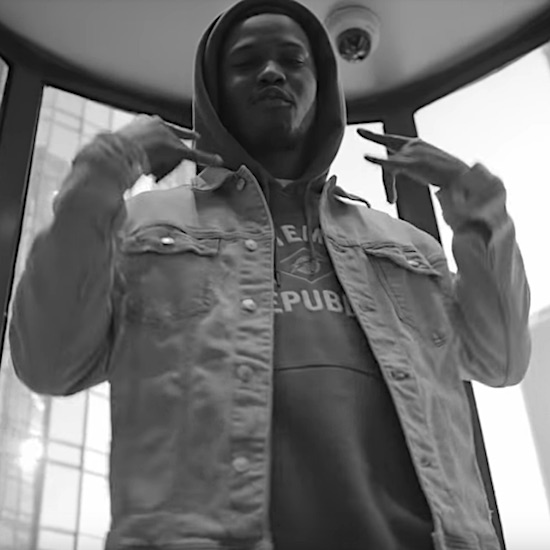 Gifted lyricist Nick Grant continues to fuel speculations of a pending project. Last month, fans were blessed with the single "Pink Starburst," which featured singer BHess, and earlier this month the South Carolina-native dropped his collabo with Westside Gunn, "Price Tag." Most recently, he released the thought-provoking and transparent track “Straight Up” featuring none other than the Southern Hummingbird herself, Tweet. He uses this latest offering to put any fake friends in his circle on notice and speaks of a desire to be surrounded by nothing less than authentic energy. Whether you’re a celebrity or someone more low-key, the single’s subject matter might prompt you to take a good look at your crew and do a bit of spring cleaning.

For the accompanying visual, Nick is captured in black-and-white as he makes his way around Los Angeles from the streets to the rooftops. Throughout his journey, we see flashes of words like “ENVY,” “RESENTMENT” and “PRIDE” transition to “PEACE,” “PERSISTENCE,” “TIMING” and finally “GOD.” Though simplistic, the video’s concept is rather symbolic, as the pivotal moment where the words progress to positivity is marked by a shot of Nick standing in front of a mural that reads, “Never be afraid to reinvent yourself.” Even the fact that his guest vocalist is noticeably absent from the visual is seemingly metaphoric, as this type of personal growth often occurs in the midst of isolation.

Watch Nick Grant’s “Straight Up” below, and add it to your Positive Vibes Only playlist. While there is no official confirmation of when his new project will drop, be sure to keep bouncing with us, as word on the street is that the three singles are from an upcoming EP entitled Always Smiling.