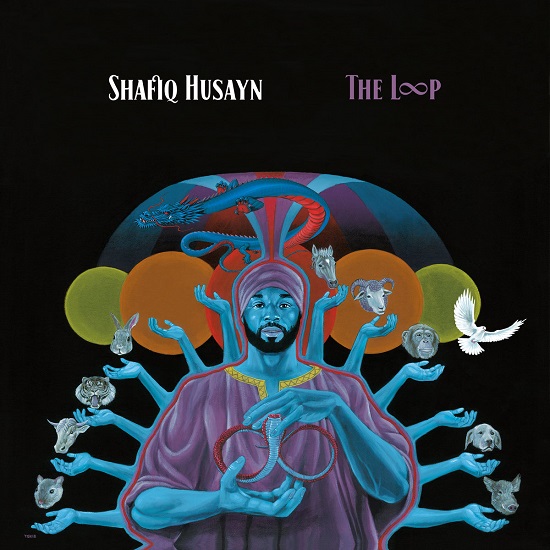 Shafiq Husayn has been promising the release of his album The Loop for quite some time — since at least 2012 actually (if not longer). While fits and spurts of output have surfaced, we never had an idea of when the project would be released. Now, though, we do. Shafiq is set to drop the anticipated album later this month via Bandcamp. To get us ready for what's to come, he's also released the new song "Walking Round Town."

The track, produced by Flying Lotus and featuring vocals from Silka, features Shafiq's alluring baritone riding over a trippy groove comprised of soft guitars, floating synths, chugging drums and ethereal backing vocals. All this paired with his voice creates a heady effect that's nothing short of intoxicating.

"Walking Round Town" is just the start of what you'll find on The Loop. It features a who's who of his musical friends — including Erykah Badu, Bilal, Jimetta Rose, Fatima, Hiatus Kaiyote, Coultrain, Anderson .Paak, Robert Glasper and a ton more familiar names and faces. But you don't have to take our word for it. Check out the album's full tracklist after you press play on "Walking Round Town" below. Then, make sure you pre-order the set, which will be released on March 29th.