Solange’s Black Is Beautiful In Visual For ‘Almeda’ 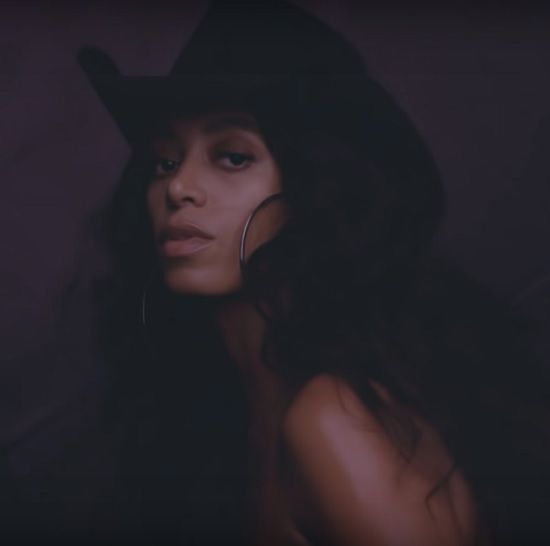 So, after a week of being out, it seems the general consensus on Solange's latest When I Get Home is either you get it or you don't. Either way, you can't deny that the album and subsequent Apple-exclusive short film are artistic statements. That's especially true of the album's centerpiece "Almeda," which happens to be the first track to get its own individualized video.

Directed by Solange herself, the visual for "Almeda" follows in similar fashion to HBO's series Random Acts Of Flyness and the videos from her last effort, A Seat At The Table. That is to say, it functions more like an art installation than it does as a typical music video. Clips are distributed randomly, with choreographed scenes and solitary moments stitched together with seemingly random abandon. But as the interlude that's also featured in the clip suggests, nothing here is done without intention. Each image shown pays loving tribute to each aspect of blackness, from skin to style to resilience. We're also shown many homages to Solange's Houston upbringing with cowboy hats, fly whips and, of course, diamond-encrusted grills.

It's actually quite refreshing to see an artist like Solange, who is somewhat mainstream, stay true to her artistic vision while continuing to push the boundaries of what art can be for black people in music today.

Get your daily dose of Black Girl Magic by checking out the clip for "Almeda" below.


TAGS:  solange
Previous: Sammie Gets Serious About Love In ‘H.L.I.T.L.’ Next: Mariah Carey Takes Us On A Fabulous Subway Ride In ‘A No No’