SoulBounce Exclusive: Nik Has Her Man Fiending In ‘O.D.’ 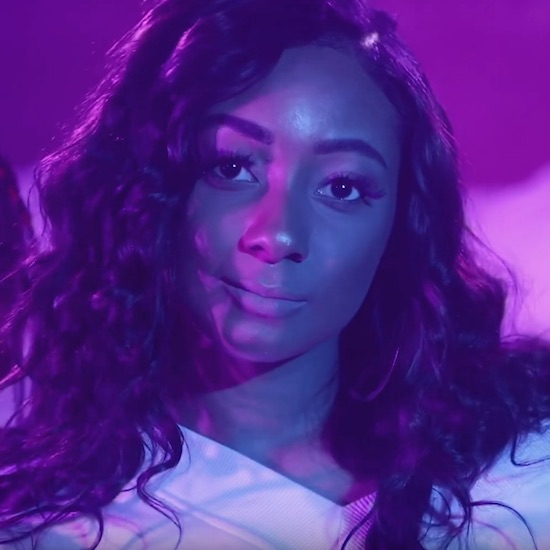 Connecticut native Nik is a multi-passionate creative who grew up with a love of dance, and after high school, she went on to study and work in fashion. Music was always calling this dancer and fashionista's name, however, and she finally answered the call in 2016 with the release of her debut single "Love Me Crazy." Describing her music as a blend of R&B, pop and electro-soul, Nik puts all those genres in a pot and adds a dash of trap in her new single "O.D." She playfully brings the track to life in the song's music video in this exclusive SoulBounce premiere.

On "O.D." Nik's love is a drug, and she's got her man hooked. "I gave him a little play, now his ass don't want to leave," she sings matter of factly on the first verse. Later on the bridge, she confidently owns her power as she belts, "Don't get things twisted, I know you're fiending for it / Cause I got you addicted to my love." She's got what he loves, needs and wants, and he's feenin' like Jodeci.

For the video, Nik puts her own twist on the love as a drug theme. "I wanted to create a playful, sexy, comedic approach to the song," she shared with us via email. She does just that as the visual opens at a hotel bar where Nik arrives in town and meets up with her girls. Unbeknownst to them, Nik has made arrangements with her boo to link up at the same time. Once he arrives, her girls exchange glances then give them some space to chit chat before whisking her away to their hotel room where they sip on more adult beverages and dance around. Nik soon gets a "Can I see you again?" text from old boy and quickly responds with their room number before one of her friends snatches her phone out of her hand. It's too late, though, because he's already on his way upstairs. Once he gets to their room, Nik presents him with a cookie at the door that clearly has more than chocolate chips in it because we next see him passed out in a chair while she sweetly sings on the chorus, "Ate the cookie now he turned into a fiend / Don't do drugs, babe."


TAGS:  Nik
Previous: Anderson .Paak Takes Us From ‘Malibu’ To ‘Ventura’ In The BBC Radio 1Xtra Live Lounge Next: Leikeli47 Pulls No Shots In ‘No Reload’