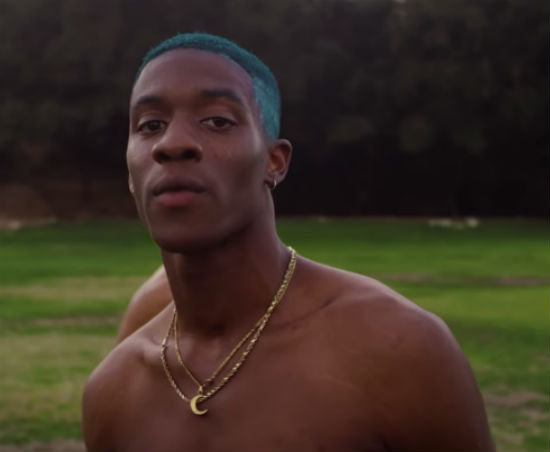 As he gears up to set out on his Satin Psicodelic Tour, singer/songwriter Sunni Colón blesses fans with a bit of stimulating eye candy. The multi-talented creative and model recently dropped a five-minute, self-directed visual that is every bit as engaging as his live performances promise to be. For "PSICODELIC," he incorporates three tracks from his 2018 EP Satin Psicodelic, including “Morning Dew” (which he performed on COLORS), “Baby I Don't Mind” and “Technicolor.” All three provide a fitting soundtrack for a cinematic experience that offers much more than meets the eye.

We follow Sunni as he meets up with his boys along a rocky terrain overlooking the city, before spying on him and his striking female companion spending time alone. There’s a brief pause within frames where we see the words “The future is in your eyes” written in both Arabic and English. From there, we watch as he and his crew prepare for a game of soccer, with a team of ruby-haired gentlemen versus those with aqua-colored manes. We are then treated to a few performance shots with colorful backgrounds before being introduced to more of his friends, each unique in their beauty, as some are adorned with bedazzled makeup and others sport dangling jewelry and vibrant tresses. Though we may need to watch a few more times before we can confidently and accurately decipher all of the symbolism depicted in the video, we find even the most superficial view appealing.

Watch Sunni Colón’s “PSICODELIC” below, and be sure to cop tickets for his upcoming Satin Psicodelic Tour. The four-city run kicks off March 16th in Chicago and hits Brooklyn and San Francisco before wrapping up in Los Angeles on April 6th.


TAGS:  Sunni Colón
Previous: The Shindellas Shine In Living Color In ‘Ain’t That The Truth’ Next: Normani & 6LACK Make ‘Waves’ On ‘The Tonight Show’ 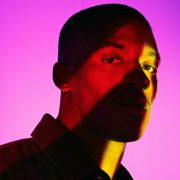 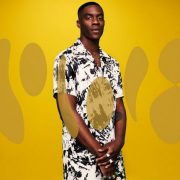 Sunni Colón Brings The Sunshine On ‘Morning Dew’ For ‘COLORS’ 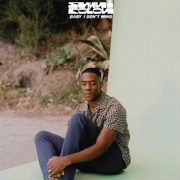 Sunni Colón Is Unbothered On ‘Baby I Don’t Mind’ 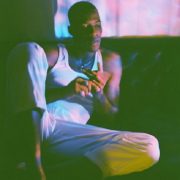 Sunni Colón Has Us Longing For ‘Summer’ 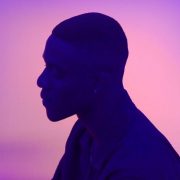 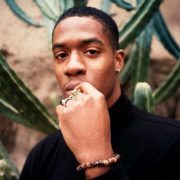