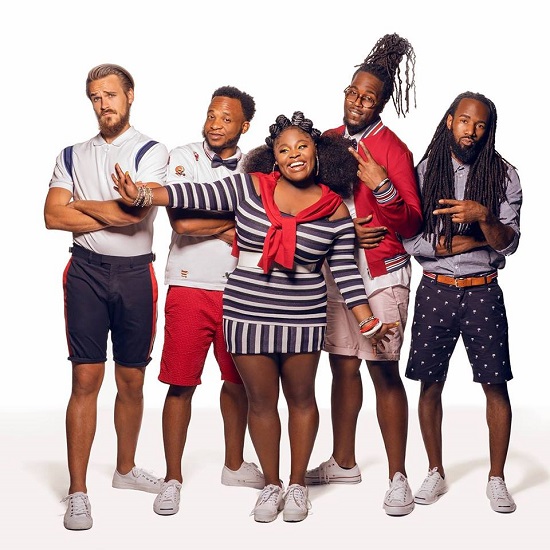 The New Orleans-bred soul of Tank and The Bangas is pretty different than most R&B that you'll find among their peers. With the big voice of singer Tarriona "Tank" Ball and the expert musicianship of the band, the quintet has left their mark and continue to grow with each new release. They also aren't afraid to switch things up, proving just that with their latest single "Ants."

"Ants" finds the group melding jazz, soul and hip-hop as Tank contemplates the small complexities of life and the voids they leave behind. The song starts off lullaby-like, with keys played at a tranquil pace as Tank first sings in a calming tone. From there, she smoothly launches into a rap about a chance meeting with an ex-boyfriend. She doesn't dwell there for long though, as the song's tempo changes drastically and the band segues into a syncopated, funky groove that carries the rest of the song. Tank continues rapping in the same conversational tone as she revisits her life, from coming of age to current day, while contemplating the changes she's been going through. "Where do the ants go? / Why do they run away?" she asks on the song's chorus. "Leave me alone now / Why can't I make you stay." The poetry of the song's lyrics and the jazzy sway of the instruments make "Ants" a winner and reveal what musical direction the band might be headed in.

There's no news of exactly when we can expect a new project from Tank and The Bangas, but we think that "Ants" is a pretty good sign that they're preparing a musical feast. Take a listen below.