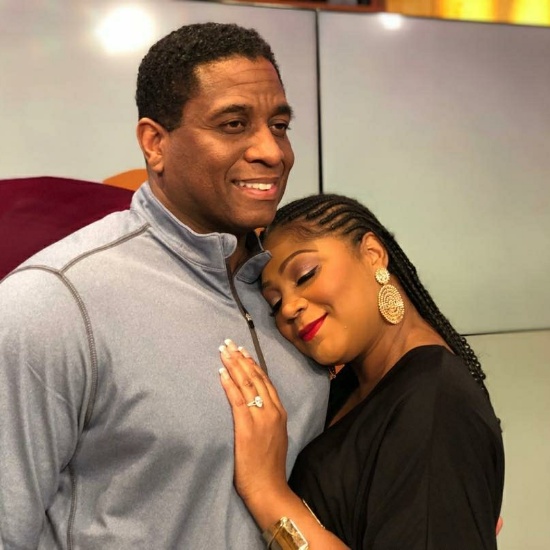 It looks like Trina Braxton has found love again. The singer, reality star and TV host recently announced her engagement to beau Von Scales. She made the announcement by posting a picture of herself leaning against Von's chest, the engagement ring displayed prominently on for all to see. Who is Von, you ask? Well, he's a St. Louis businessman who owns a St. Louis-based pain center and has two sons. The couple reportedly began dating last year and the relationship will be featured on the upcoming season of Braxton Family Values. We wish the happy couple the best! #CongratsTrina