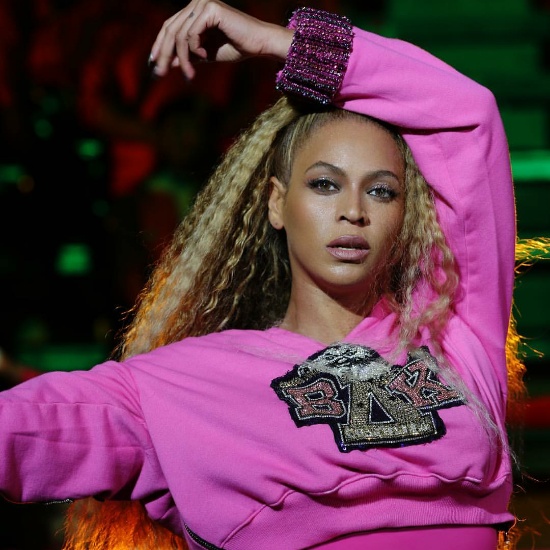 Beyoncé created yet another world-stopping moment when she finally took the stage at the 2018 Coachella festival after having to postpone the prior year due to being pregnant with twins. No one knew what to expect and a faithful re-creation of an HBCU homecoming weekend similar in scope to Spike Lee's '80s joint School Daze was definitely not on anyone's list. But somehow, some way, Queen Bey pulled it off near flawlessly, leaving the crowd in Indio and all over the world stunned. How in the world did she do it? Well, you're about to find out.

Bey has partnered with Netflix to release new documentary Homecoming, which will chronicle the elaborate performances (as is Coachella tradition, she performed the sets on back-to-back weekends) from creative to conception to jaw-dropping execution. The project was teased over the weekend via the streaming service's socials and today we have the official trailer. As the late Dr. Maya Angelou recites a poem, we're shown clips of both the finished product and the behind-the-scenes work that went into the creation of the monumental show. We also get unexpected glimpses of Beyoncé's family life, including sharing smiles with hubby JAY-Z, cuteness from baby girl Blue Ivy and even appearances from twins Sir and Rumi. Of course, the stage show gets some shine as well — and we'll maybe even get some insight into how the special appearances by her blood sister Solange and her sisters in song from Destiny's Child came to join her on the festival stage.

We already know BeyHive members are chomping at the bit to see this one, but they'll have to wait a little longer as the documentary won't drop until April 17th. You can, however, get a feel for what's to come by taking a look at the film's trailer below.