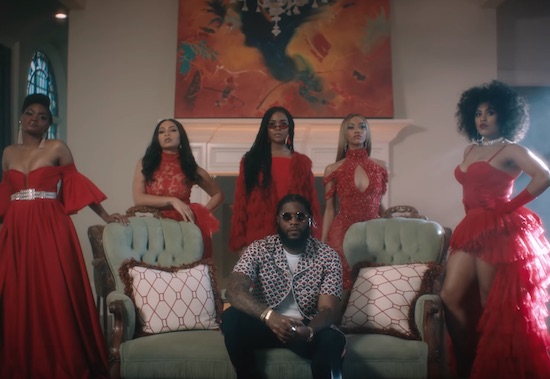 At the end of last year, Mississipi’s main hitter Big K.R.I.T. kept us on our toes by releasing not one, not two, but three surprise projects. These EPs were later collected as his TDT compilation in January. Now, after bringing the heat in the winter, our boy is letting us know that his project is still hot by releasing a video for the song “Energy.”

On “Energy,” K.R.I.T. is looking for some help from his people to keep him going through the trials and tribulations the world puts him through. He also wants to share his own energy, bringing it back to his friends and family to lift them up, too. Produced by Rico Love and Danja, “Energy” uses a haunting sample of Jill Scott’s “He Loves Me (Lyzel In E Flat).” He adds a good dose of bass and drums to the keys and strings and Jill’s operatic vocals, filling out the production. Together, the music and lyrics create a lush ballad that reminds us of our place in the circle of life.

In the video, K.R.I.T. is surrounding himself with what gives him energy. Namely family and friends who freely share love, wisdom and healing. The clip opens with KRIT standing in the woods as red lights flash. We then get scenes of K.R.I.T and his entourage pulling up on a slow creep to his mansion. Inside, we see a table set for his family to eat, children learning from elders, a few ladies dressed in all red gowns, others preparing a meal and many other hallmarks of a get-together. The clip ends with K.R.I.T. standing surrounded by men all wearing cape-length du-rags in a circle formation as if projecting their good black energy into the rapper.

We originally thought that TDT would be the end of that era for Big K.R.I.T. as a short but sweet vanity project. But it appears to be just the beginning. Our boy had one more surprise for us, with a positive track and inspiring video that reminds us of the things that give us strength in our time of need. Here’s hoping there’s more to come.