If You’re In The Mood, BJ The Chicago Kid’s Got ‘Time Today’ 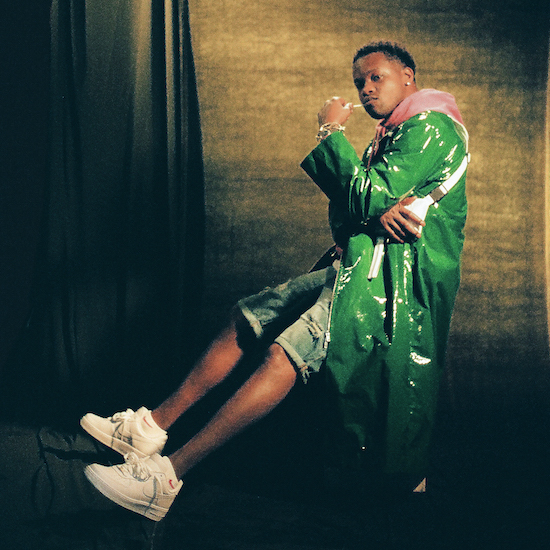 As of late, when we hear the name BJ the Chicago Kid it's because he's putting his own spin on someone else's song. We've definitely enjoyed what he did with Ella Mai's "Close" and H.E.R.'s "Could've Been," but we've been itching to hear some new original material from the Chi-Town crooner. Thankfully, he's heard our cry as he's released his latest single "Time Today."

BJ is getting sexy on this new track. Backed by a heavy wall of bass guitar and old soul flourishes, the singer sings about all the sexual things he wants to do to his lady now that he has the time to make her sexual fantasies come to life. Oh, and just in case you have little ones in the house, you might want to put them to bed before you play this one. "Put me in my place / Sit it on my face," he sings at one point. And in case you missed that memo, he follows it up with, "Come ride it like you got keys / Girl, pull up on me." Umm...is it hot in here or is it just us?

The sexually charged slow jam serves as the first release from his upcoming sophomore set 1123, which is set to drop sometime this summer. Yep, we're finally getting a new BJ the Chicago Kid album, folks! While you get ready for what's to come, give "Time Today" a spin below.


TAGS:  audio, bj the chicago kid
Previous: Prince Memoir ‘The Beautiful Ones’ & Album Of Unreleased ‘Originals’ To Be Released By His Estate Next: The Amours Take Us On A Love Rollercoaster On ‘Mon Amour’