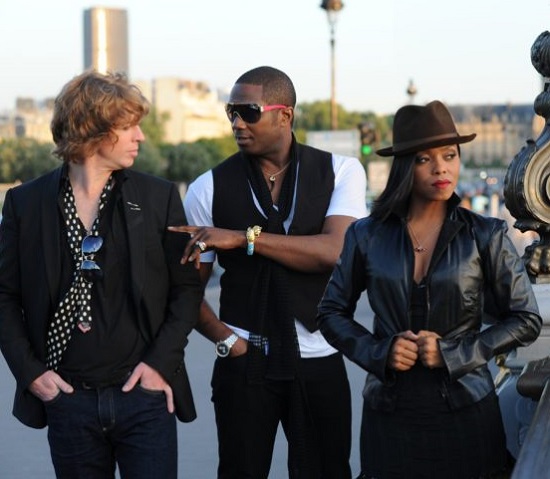 A lot has happened in the 34 years since The Brand New Heavies first came on the scene. With vocalists and members coming and going, core members Andrew Levy and Simon Bartholomew have stayed the course and are ready to keep the BNH name going strong into the next decade. To that effect, the fellas have temporarily reunited with perhaps the best known lead singer the group has ever had, N'Dea Davenport, to create their undeniable new jam "Getaway."

The chemistry between the three has always been apparent and they've tapped into it once again on "Getaway." The song carries on their blend of funk, jazz, soul and pop with tight harmonies and arrangements that still feel light and free. This time though, they also tip their hat to disco with a call back to The Emotions' '70s hit "Best Of My Love" and a propulsive rhythm that kicks in high gear on the song's chorus. Tying it all up in a satin bow is N'Dea's vocal, which always slides right back into the pocket whenever she reunites with her talented cohorts in the Heavies. So much so that, when she requests for us to take a plane from here and get away, we've already got our bags packed and are ready to enjoy the ride.

While N'Dea's return on "Getaway" got our hopes up about the group's future, it looks like this is a one-off reunion for old times sake (in fact, the song was actually recorded several years ago, though it sounds just as timeless as the rest of the Heavies' classics). That being said, we're just glad to be able to hear the classic Heavies sound again even if for only one more record.