Gallant Taps T-Pain To Help Make Over His ‘Gentleman’ 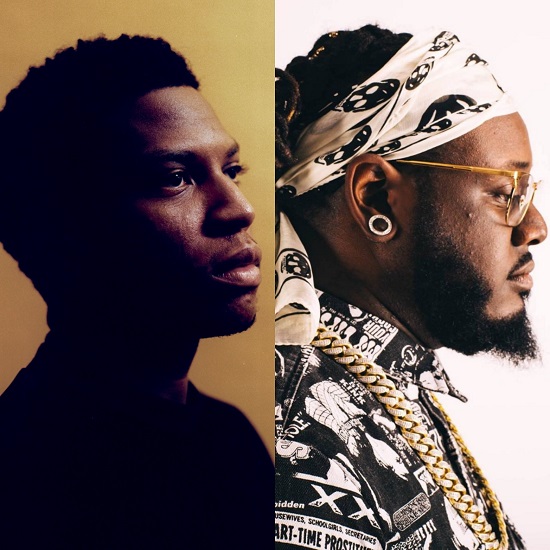 We've been patiently awaiting any kind of announcement concerning the release of Gallant's sophomore album. To be fair, it's the Ology singer's fault. Last spring, he started a string of single releases beginning with the sultry number "Gentleman" and its eye-popping visual. Nearly a year, a few other singles and rescinded tour announcement later and we're still wondering when — if ever — we'll get our hands on the LP. There are glimmers of hope that we'll get something this year, with the Maryland native tossing out his Ne-Yo cover "sexyluv" in February and now, nearly a year after its release, he's offering up a remix of "Gentleman" featuring non-other than T-Pain.

Though Gallant is no stranger to unexpected collaborations given his "In The Room" series, no one was really expecting him that he and the Masked Singer winner would be on a track together. Surprisingly, though, this one works. That's probably because they don't do much to change the song's formula. In fact, Gallant's performance is mostly unchanged. What they smartly do instead is infuse T-Pain's presence into the song by adding his Auto-Tuned vocal ad-libs and echoes throughout, especially on the song's chorus. That way, when it comes time for Teddy Pain to deliver his verses, it doesn't feel tacked on like most remixes in this day and age. T-Pain's verse is decidedly less sensual in sound, with him speaking on Rolls Royces and taking it slow not hitting the same notes that Gallant laid out in his verse and on the chorus. Still, he stays pretty much on theme, which is more than can be said for most guests who lend a new verse to established songs.

The "Gentleman" remix isn't a new album like we were hoping for but it is enough to remind us that one is potentially coming. While we nod our heads and maybe even body roll to this update, we'll be on the lookout for any news about what might be coming down the pike from Gallant.


TAGS:  audio, Gallant, t-pain
Previous: Etta Bond & SiR Note The Key To Lasting Love On ‘More Than A Lover’ Next: H.E.R. Brings A ‘Hard Place’ To ‘The Late Show With Stephen Colbert’