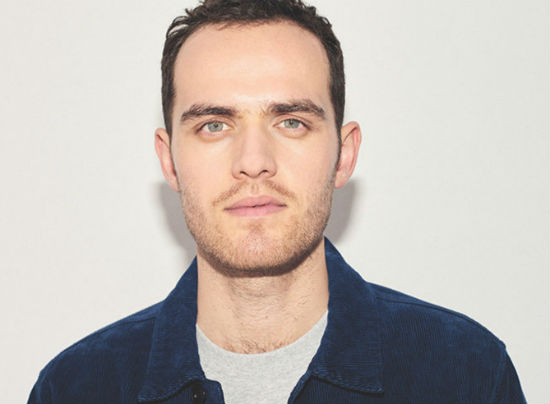 As he gears up to release his third album Origin, singer-songwriter-producer Jordan Rakei has been serving fans with a steady stream of singles to give them an idea of what they can expect. We've come to love Jordan for his smooth vocals, R&B and jazz-infused melodies and his ability to tackle introspective and intriguing topics through his music. If the first three singles from the new project are any indication, we can look forward to more sonic soul food for thought.

While the project’s lead single "Wildfire" tackled the pain associated with failed friendship, the next two singles focus on the bleak future of humanity. "Mind’s Eye" calls our reliance on technology to the carpet, while his latest release “Say Something” challenges us all to speak up against technological advancements that may not be in our best interest.  Over a groove so intoxicating we almost miss the sobriety of the subject, he sings, “It's on the line / Our futures heading for relapse and all that / There's no way to fall back / It's too far gone, it's too far gone / Now they take our memories, it's up to us to say / It's not too far gone, it's not too hard to say something.” It takes a cunning creative to make seemingly grim topics easier to digest, and Jordan has pulled it off time and time again.

Give Jordan Rakei’s “Say Something” a spin, and be sure to pre-order Origin before its June 14th release date. In the meantime, SoulBouncers across the pond and beyond can head to his website and grab tickets to catch him live as he headlines his biggest tour yet in support of the forthcoming album.


TAGS:  audio, Jordan Rakei
Previous: Get Wrapped Up In FKA twigs’ Trippy, Beautiful ‘Cellophane’ Next: Lucky Daye Is Lost In Love’s Sauce On ‘Love You Too Much’