Lizzo Announces Second Tour Of 2019, The ‘Cuz I Love You Too Tour’ 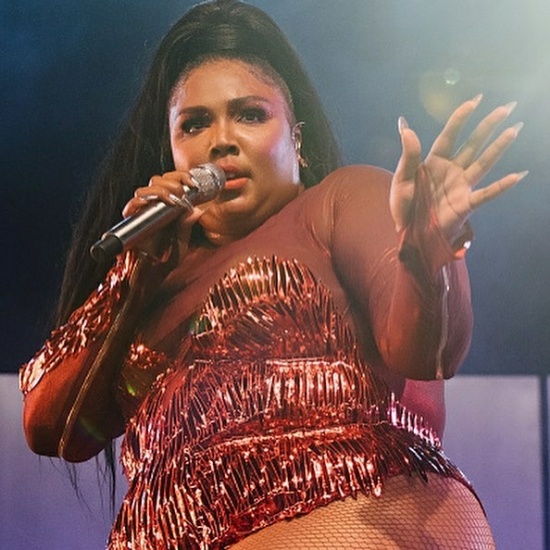 Lizzo is living her best life right now. She just released her major label debut album Cuz I Love You to much fanfare this past Friday, and the singer-rapper-flutist-voluptuous vixen and her music are literally everywhere – from commercials to Coachella. She actually made her Coachella debut this year, but her sets were plagued by sound problems during both weekends. Yet and still, she clocked in star-making performances that have been the talk of the town. She's gonna keep people talking and tongues wagging on her Cuz I Love You Tour, which kicks off tonight in San Francisco. In the event that you weren't amongst the lucky few to snag tickets to this tour before they sold out, you'll get another chance to see her live and direct this year on the just announced Cuz I Love You Too Tour.

The Cuz I Love You Too Tour will find Lizzo singing and twerking on stages across North America starting this summer and running well into autumn. She'll start her coast-to-coast trek with one show in July in Oregon before going hard starting in September with stops scheduled in New Orleans, Miami Beach, Charlotte, Boston, Toronto, D.C., Nashville, Minneapolis, Denver and many more cities. The tour will wrap with a return engagement in San Francisco on October 27th.

Take a look at all 23 tour dates on the flyer below to plot and plan when and where you're going to see Lizzo live. For tickets, join Lizzo's email list on her website to get access to the fan pre-sale on Tuesday, April 23rd. 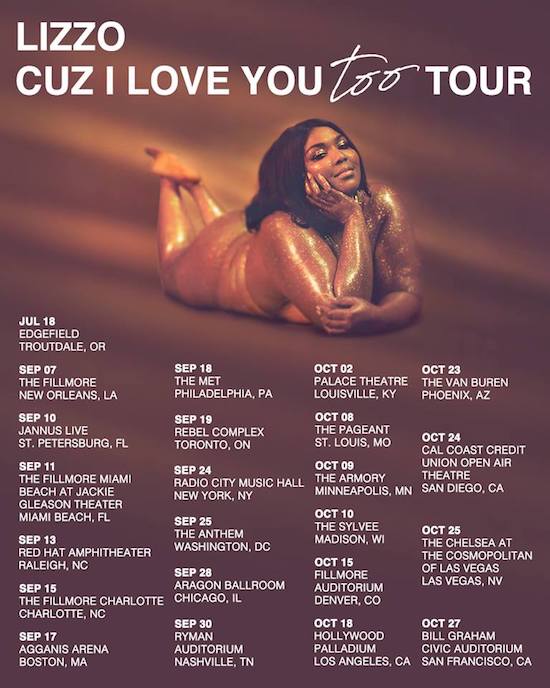 TAGS:  Lizzo
Previous: Matt Martians Introduces Sophomore Album ‘The Last Party’ With Lead Single ‘Knock Knock’ Next: Mya Takes Us To A Tropical Paradise In ‘Down’