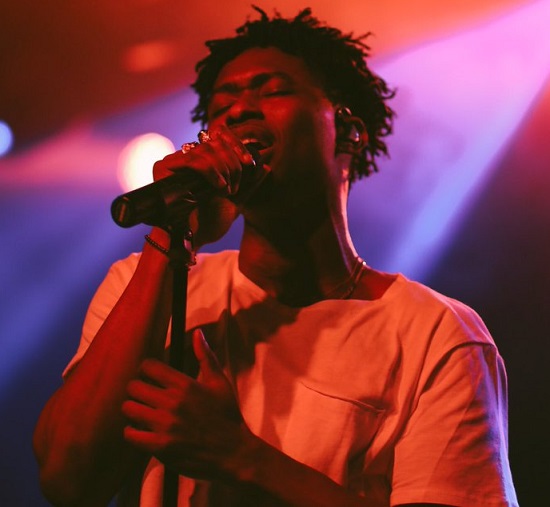 With the weather finally starting to look a lot like springtime, the smell of budding romance is wafting on the wind and love songs are blasting from speakers. However, not everyone's love story is smelling sweet — especially with some folks itching to jump back into the dating fray come summer. Those of you who might be reeling from love's latest hangover need not worry about having a soundtrack to get you through, though. Bounce-Worthy newcomer Lucky Daye, in anticipation of his debut Painted, dropped his new single "Love You Too Much," and it's perfect for those who might be experiencing the springtime love blues.

The song opens with a minute-and-a-half long intro as Lucky explains the situation. Love has done him wrong, and he's reeling in the aftermath, with him discussing his pain and what that means for whoever comes next. The song's music — a throbbing synth bass, dreamily strummed strings and echoes of snare — then rolls in like a thick fog to support his sentiments as he speaks about his frustrations with love. Our boy's obviously hurting as he sings about the regret he feels for even allowing someone into his heart. "I put too much in your hands," he laments. "So much regret in the end." Seeing as most (if not all) of us have been there at some point, it's not too far-fetched to say that this is a song most of us will be able to relate to.

There isn't word yet on when exactly we'll be getting a hold of Painted, but we have a feeling that the release of "Love You Too Much" might be a sign that it's almost here. Give the track a spin below.