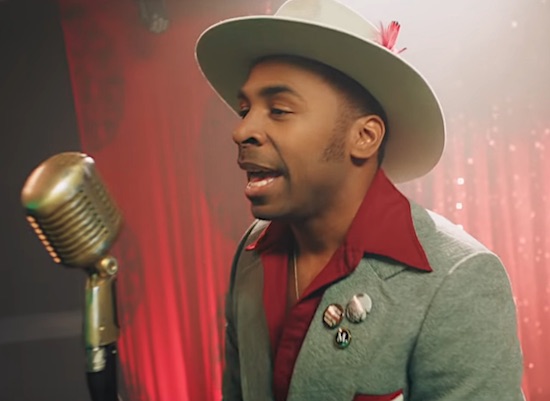 MAJOR. may have made his mark on the music world with soulful power ballads "Why I Love You" and "Honest," but make no mistake, he can do more than croon a slow song. The GRAMMY-nominated singer-songwriter shows off more of his range on his current single "Love Me Olé" and in its newly released music video.

The "Better With You In It" singer picks up the tempo on "Love Me Olé" to deliver an upbeat Latin number tailormade for the dance floor. It makes perfect sense, then, for the visual to be set in a nightclub. The clip begins with a curly-haired Latina lovely entering the establishment and immediately catching the eye of our leading man MAJOR. who is working coat check. He spits some game to her in Spanish before taking her fur. The chemistry between them is palpable, but they both play it cool. Meanwhile, in the background, the song's producer Harmony Samuels can be seen playing piano as he winks into the camera when it pans his way.

The curly cutie walks fully into the club and goes to the bar only to find MAJOR. in a totally different outfit working in that position as well. She's momentarily perplexed that he's in two places at once but goes with the flow while he pours her up an adult beverage. She takes her cocktail with her to the dance floor and is approached by a member of the wait staff who, lo and behold, is also played by MAJOR. The next thing you know, a performer appears on stage and, you guessed it, it's MAJOR. once again in yet another new role. She's mesmerized by his body rolls, fancy footwork and unbuttoned shirt while he serenades her. He soon jumps off the stage to join her on the dance floor, and they cut a rug with the rest of the patrons there, one of which is rapper Kas who steps away from his highball table to smoothly deliver his bars. His smoothness isn't any match for MAJOR., however, who is suited and booted and continues to charm the young lady. She's all in when he gives her a rose and kisses her hand. But just when you think they may leave the club together to continue their private party, MAJOR. walks off, leaving her with the rose whilr he presumably goes back to work one of his many jobs there.

Prepare to be entertained when you watch MAJOR. like you've never seen him before in this video. "Love Me Olé" is the latest single from his debut album Even More, which was released last September and is still going strong. 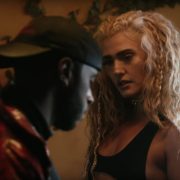 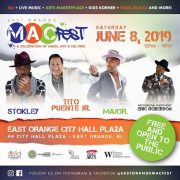 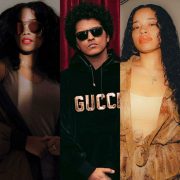 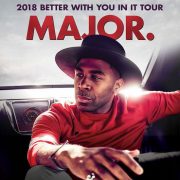 MAJOR. To Spend This Fall On The ‘Better With You In It Tour’