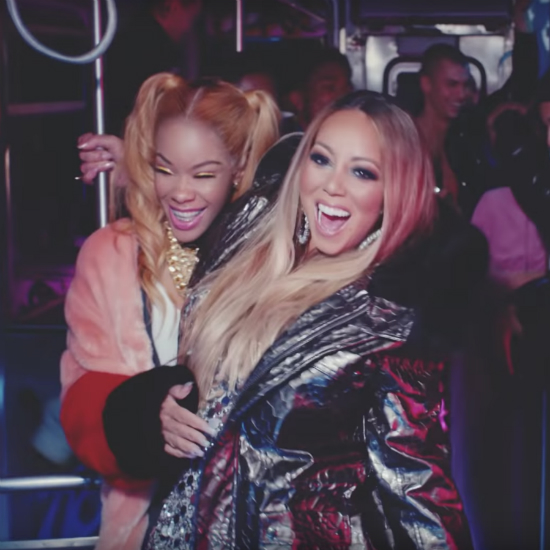 Once again, Mariah Carey is taking us on another trip through the subway with a new remix to her hit song, “A No No.” But, we’re still not getting the highly rumored all-star remix we'd hoped for with Lil Kim, Missy Elliott and Cardi B. Instead, Mariah is showcasing another up-and-coming female rapper, Shawni LaDawn.

Shawni demonstrates her multidimensional rhyme skills, giving us a sing-song flow, a bit of E-40’s signature style and her natural cutesy tone. LaDawn provides not one but two verses opening the track and coming back on the bridge. As with the previous remix, Mariah comes through dripping with her Lisa Frank technicolor dream subway train, giving us whistle notes for days. Unlike her previous duet partner Stefflon Don, Shawni actually shares some screen time with Mariah. While Steff was left behind at the train station, Shawni is dancing and schmoozing alongside the grand diva.

It's not the remix we were hoping for, but it's still a solid effort from Mariah and company. Now we’re wondering if the “Dream Lover” singer has any more remixes up her sleeve. We’ve given up hope that Lil Kim will rock the mic or that Missy will pop and lock her way through the subway train, but we do like what we’ve been hearing so far. Peep the latest from Mariah and Shawni and let us know if you're gonna ride this train or wait for the next one.