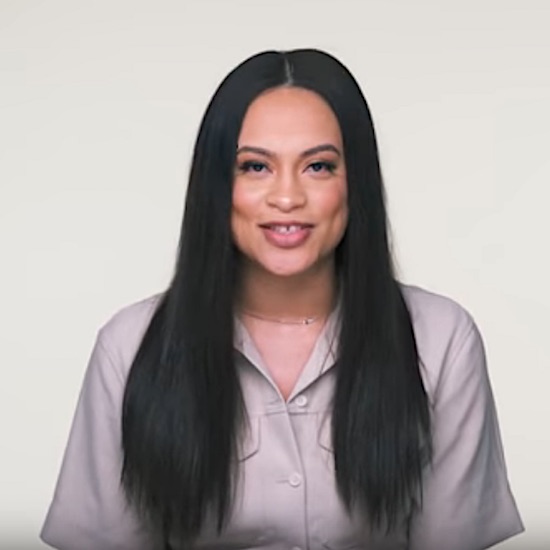 Nicole Bus burst onto the scene late last year with her sleeper hit "You." The song is still going strong, and to give it more life the songstress linked up with Rick Ross for a remix. As he is known to do, Ricky Rozay spits decadent verses about lavish living to kick off the remix. He's tacked onto the beginning of the track, which is largely unchanged from the original otherwise.

This official remix is cool, but we're partial to the unofficial remix that Ghostface Killah took it upon himself to do earlier this year. It's only right for a song that samples Wu-Tang Clan's "C.R.E.A.M." so masterfully that one of Shaolin's finest would jump on a refix. We're crossing our fingers that such a collab will at least happen on an award's show stage one fine day in the future.

When she wasn't remixing with Rozay, Nicole found the time to swing by ELLE magazine's offices to sit in the hot seat on "Song Association." The Dutch singer arrived with a smile, which she maintained throughout even when stumped by some words and unable to think of a song quick enough. The "Song Association" producers did look out for her with some easy layups when they gave her the words "you" and "cream." After all was sung and done, though, Nicole didn't too shabby. She scored 11 points, high enough to snag a spot on the leaderboard putting her ahead of Kelly Rowland in the top five. After you groove to the "You (Remix)," see how her episode of "Song Association" turned out below.