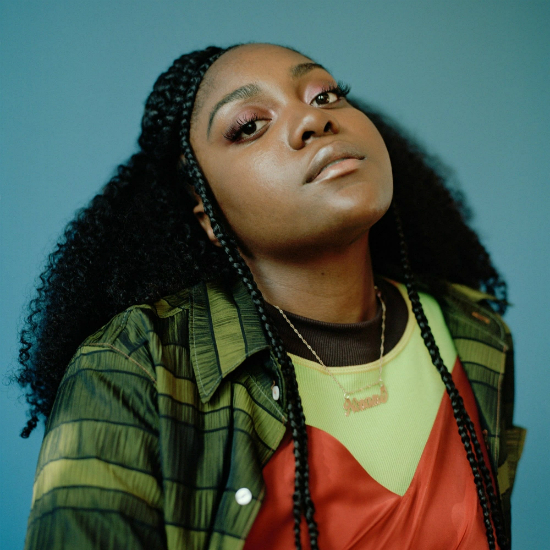 Hip-hop artist Noname is continuing to not live up to her name by creating infectious songs that move to the beat of her own unique drum. First appearing on hometown hero Chance the Rapper’s 2013 Acid Rap mixtape, she’s come along way, quickly becoming a rapper to watch. And if you haven’t been watching, her latest track “Song 32,” a follow up to her previous loosie “Song 31,” will show exactly why she’s not one to miss.

“I’m America at its best,” she proclaims over frequent collaborator Phoelix’s laid-back, bluesy production. The Chicago native flows effortlessly as she name drops Diddy, Kendrick Lamar and Cardi B while bragging and boasting about her own skills and godliness. Coming in at just under three minutes, it’s a very short but sweet little ditty that will tide us over until her next single. ("Song 33" perhaps?)

Noname is still riding flames from being recognized for one of the best rap albums of 2018 with her sophomore project Room 25. She recently performed the track “Ace” featuring Smino and Saba on The Tonight Show Starring Jimmy Fallon. If you want to her in concert for yourself, she’ll be hitting the road soon, joining Anderson .Paak & The Free Nationals on the Best Teef In The Game Tour. There’s no information about Noname’s next album or any other musical plans, but we’ll be keeping our eyes and ears to the streets. For now, give her “Song 32” a spin.