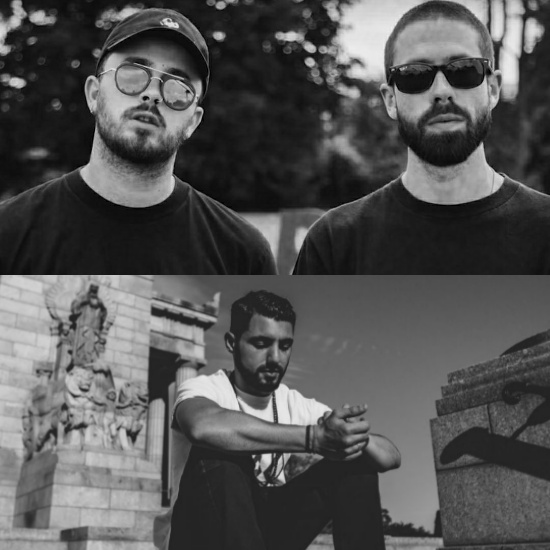 After releasing last year's Nick & Astro's Guide To The Galaxy, production duo Potatohead People are already on to the next. But don't worry, they aren't exactly rushing into a new project. Instead, the duo is gearing up to release a new collection of remixes, instrumentals and originals aptly titled Nick & Astro's Instrumentals, Remixes and B-Sides. The set will feature a few of Guide To The Galaxy's tracks remixed by some familiar names. While we don't want to give away any of the surprises, we can exclusively reveal one of the set's tracks to you right now: a smokin' hot remix of "No Sleep Til MTL" done by TEYMORI.

If you're unfamiliar with the original version of the track, it's a space-age slice of jazzy funk made with getting your feet moving and your body grooving in mind. It does exactly that as the music takes the listener away to the dance floor without ever needing to say (or sing) a word to set things off. TEYMORI (also known as Australian producer Amin Payne) picks up where that vibe left off, only this time he takes us to the house. The drums are beefed up to a four-on-the-floor rhythm and he adds some bass and trumpet into the mix to keep the night going until the next morning and beyond. One thing's for certain, you definitely won't be able to sleep until you dance yourself into a daze with this one.

"I've been a big fan of Potatohead People since their first release and also loving both Nick & Astro as solo artists," Payne said about the collaboration in a statement. "It was humbling to be approached to remix of their tunes, which happens to be one of my favorite tracks of the album. I remixed 'No Sleep to MTL' with my house alias approach TEYMORI, so I wanted to keep the current groove and uptempo vibes of the tune while adding that TEYMORI sauce with a help of my brothers Horatio Luna on bass and Felix Meredith on trumpet to give PH a taste of an Australian re-edition remix  — which was all recorded and composed in my bedroom studio."

Potatohead People, meanwhile, had nothing but praise for the producer, saying, "We've known about this dude for a long time. He has been a big supporter of Potatohead People since our early days and we've really enjoyed watching him grow as a producer." They later added, "Really happy to have a remix from him, especially for 'No Sleep Til MTL.' Classic TEYMORI with funky bass and dope percussion."

You can get into the new spin TEYMORI put on "No Sleep Til MTL" below. Look out for Nick & Astro's Instrumentals, Remixes and B-Sides to arrive on April 26th and pre-order the upcoming release on Bandcamp.