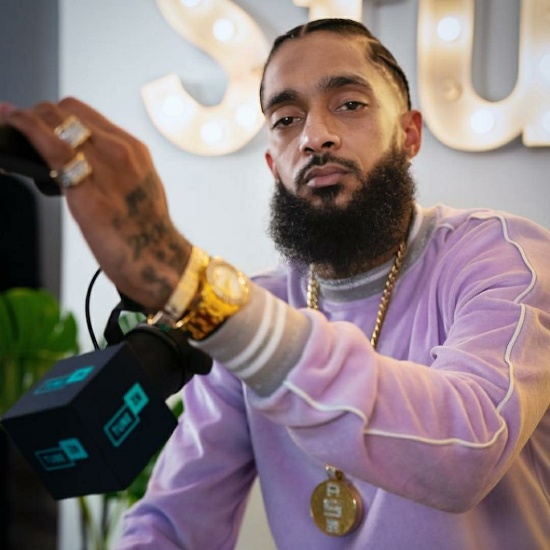 The death of Nipsey Hussle sent shockwaves throughout the country and especially the music industry. Tributes have poured out from all over, including his longtime love Lauren London and his music industry peers. The rapper was gunned down on March 31st by a then-unknown assailant but now we have a better picture of what went down now that his alleged killer, Eric Holder, has been apprehended and charged with murder. Reports are saying that it was a personal dispute that occurred between Hussle and Holder that led to the shooting, though details on what exactly happened vary. However, additional footage of the incident revealed that the rapper was shot twice initially with the shooter returning to shoot several more times before fleeing the scene. That being said, Nipsey's funeral service will be a major event for the LA community. In fact, his memorial service will happen this coming Thursday at Los Angeles' STAPLES Center — the first time a memorial service has been held at the venue since the passing of Michael Jackson in 2009. Others outside of LA are also doing their part to make sure that Nipsey's legacy is not forgotten. Congresswoman Karen Bass has vowed to take word of his humanitarian efforts in his community all the way to Congress. "I will be heading to the House Floor next week to formally enter Nipsey Hussle’s contributions to South Los Angeles into the Congressional Record where it will be a part of United States history forever," she tweeted out. #LongLiveNipsey