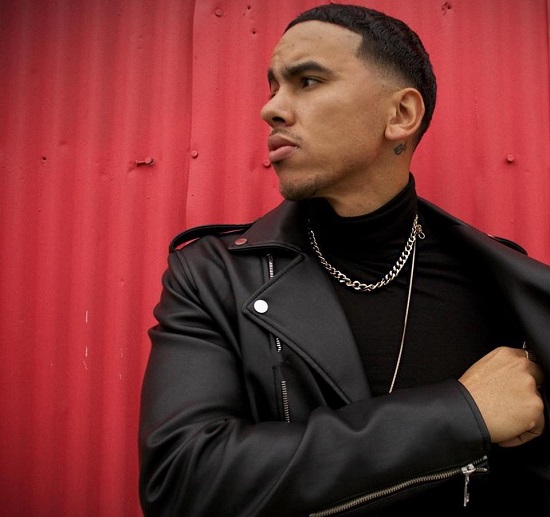 Adrian Marcel is a name that hasn't come across our desk in a minute. But now that he's set to star as James DeBarge in TV One's upcoming The Bobby DeBarge Story, it's fitting that Mr. Marcel is making sure to take advantage of the publicity headed his way. To that effect, he's already given us one single this year with the sultry "Slow Burn." Now he's back again to drop his brand new track "The Way" to give fans and newcomers alike something to remember him by.

"The Way" is a modern slow jam that capitalizes on the R&B-meets-trap trend that's been going on for quite some time. Despite the slow, creeping synths and ginger pace, Adrian cuts straight to the chase lyrically. "Girl, I'm 'bout to put it on you," he sings from jump. "I beat it up like a real n***a gon' do / All day I been waiting for you to throw it back / Girl, I've been patient." Well, alright then. Though highly sexually charged, there's actually some romantic sentiment here as he sings about how they've had each other's backs and he wants to give her his all. Of course, that romantic sentiment is mostly pushed aside to serve the song's libidinous mission among booming 808s, rattling hi-hats and thudding kick drums. Still, it's nice to know it's there.

The singer promises on the song that "there's so much in store." We might be inclined to agree if this track is any indication. Hear for yourself by giving Adrian Marchel's "The Way" a spin below.