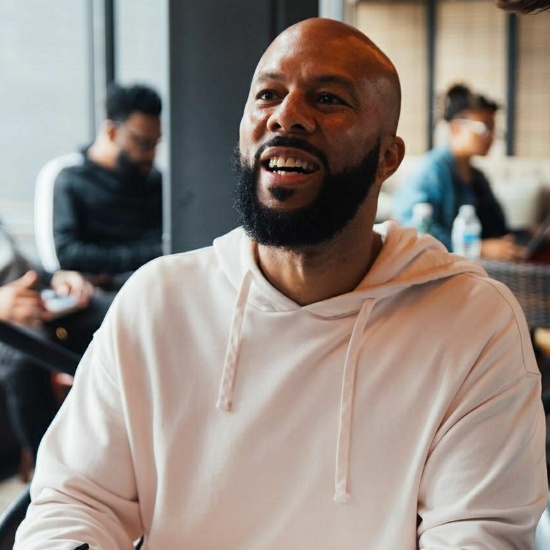 Let Love Have The Last Word isn't just the title of Common's newest book, but it will also be the title of his twelfth studio album scheduled to be released this summer. While on his coast-to-coast book tour to promote his memoir, Com had a private listening session in Los Angeles for the new project. Although the album is still a work in progress, he came through with a few finished tracks to preview at the exclusive event.

The new album will feature a previously unreleased J Dilla beat on the track "Her Love," said to be a sequel to "I Used To Love H.E.R." with an assist from Daniel Caesar. Other guests on the Karriem Riggins-produced Let Love Have The Last Word include Jill Scott, Leon Bridges, BJ The Chicago Kid, Leikeli47 and Swizz Beatz.

The first single from Let Love Have The Last Word is entitled "Love Her" and is scheduled to be released on June 14th. Following its drop and preceding the album's release, Common will embark on the Let Love Have The Last Word Tour, and he's revealed the first set of dates. The tour will kick off in Denver on July 11th and from there it'll hit various West Coast cities including Seattle, Vancouver, Las Vegas and Los Angeles before wrapping in Newport Beach, CA on July 26th. Fans in the rest of the country may be looking at the schedule sideways, but rest assured that this is only the first leg of the tour and more dates are to be announced. Check the ThinkCommon website for more details and ticket information.

Common's Let Love Have The Last Word is due some time in August and follows his last solo project, 2016's Black America Again, and 2018's August Greene album with Robert Glasper and Riggins. 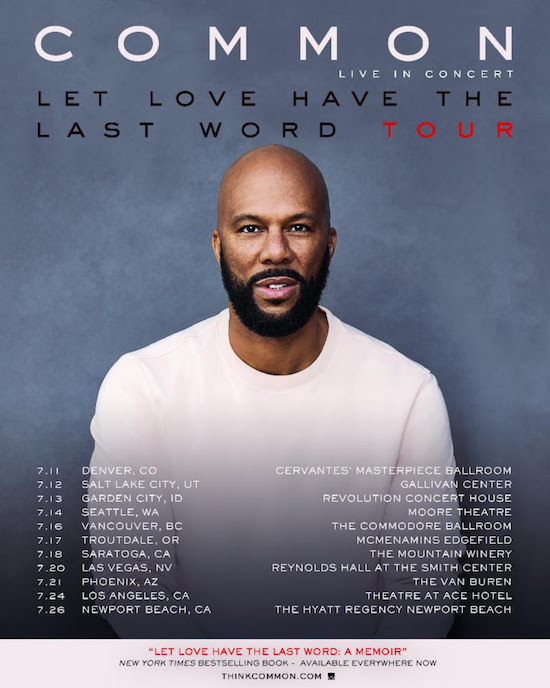