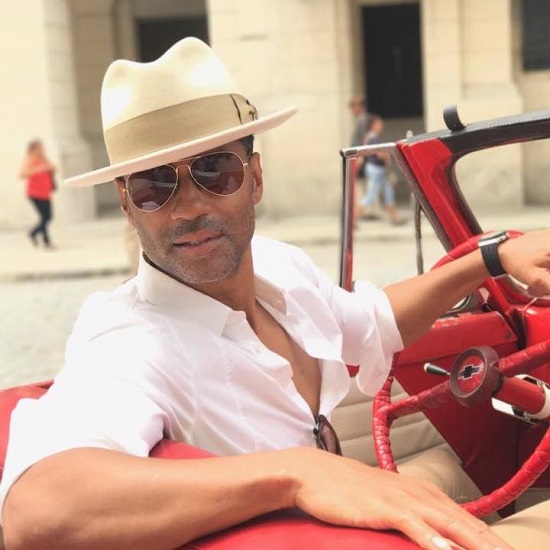 Though his boyish good looks might not show it, Eric Benét has amassed 25 years in the music game. The singer-songwriter has used his time in the industry well, gathering more than his fair share of timeless cuts and hit singles along the way. As anyone who makes music for a living knows, though, for every chart-topping hit there's another that just didn't quite make an album or project but is still pretty good on its own. Today, we're introduced to one such song from Eric's own vault titled "Can't Stop."

Though a specific year of recording hasn't been specified, the sound of "Can't Stop" puts it firmly in the space between his celebrated 1996 debut True To Myself and 1999's A Day In The Life. The song floats on wistful piano, strings, guitar and bass. It's the perfect sound bed for Eric to wax romantic about a lady that constantly runs through his mind. The chorus is pretty straightforward, with Eric repeating the phrase "can't stop thinkin' about" in his signature falsetto. But what really sets the track off are the poetic lyrics of the verses. Employing a bit of jazz phrasing in the first verse, he paints a lovely picture as he sings like a man lost in love, "I watch you dance across my mind / That's lately how I spend my time."

We have no idea what made the singer (or his former label Warner Bros.) unearth this lost gem but we're not mad at it one bit. Discover a new oldie but goodie from Eric Benét when you press play on "Can't Stop" below.