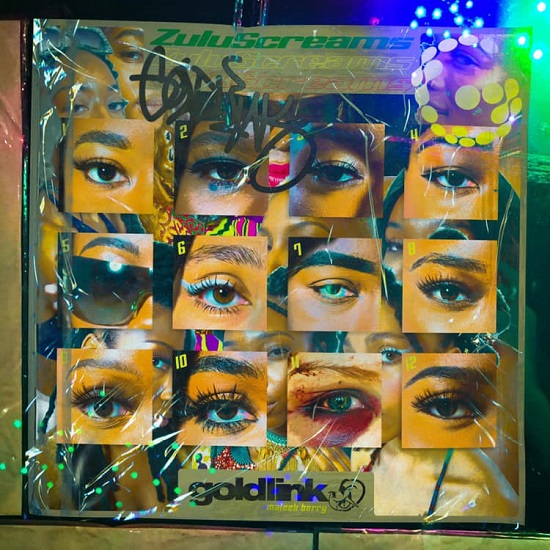 It looks like GoldLink is in the midst of working on the follow up to At What Cost. We kind of figured as much with the DMV rapper dropping tracks like "Got Friends," "Got Muscle" and "Justine's Interlude" seemingly at random. But GoldLink confirmed it when he took to Zane Lowe's Beats 1 Radio show to drop off his latest offering, "Zulu Screams."

The track is a departure from what we've come to know the rapper for. Producer P2J gives GoldLink a beat laced with rhythms lifted directly from Africa's Afrobeat and highlife genres. Sped up, the music pairs nicely with a driving beat that propels everything forward. Interestingly enough, though, GoldLink doesn't change his flow up at all. Instead, he keeps his signature laid-back feel going even as the beat ramps things up. Adding to it all are contributions from singers Maleek Berry and Bibi Bourelly, who provide the chorus and a few ad-libs to make this one feel like it's coming straight from the Motherland.

Outside of giving us the single, the rapper also offered Lowe some insight into what we can expect on his upcoming set. "It's natural progression of where I felt like I was going to head anyway... after I kind of did my love letter to D.C. kind of thing, I wanted to figure out what was the pulse, why I love my city so much and I think the answer wasn't directly in the city," he said. "I think it was more so directly somewhere else. I've never had as much fun making a record."

We definitely can't wait to hear what he's got in store for us and, if "Zulu Screams" is any indication, it's gonna be funky. Take a listen to GoldLink's latest below.