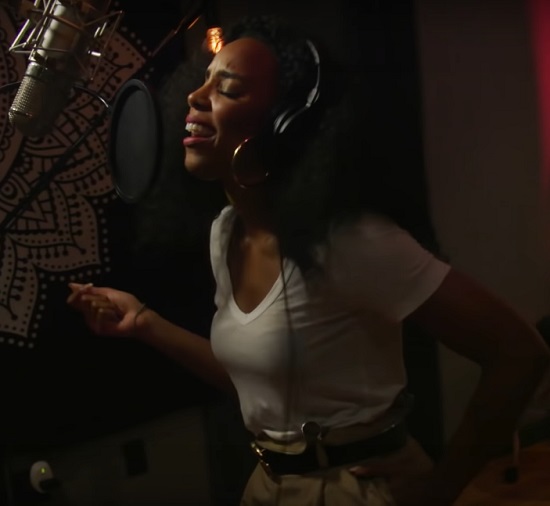 It looks like Kelly Rowland is slowly stepping back into the spotlight. She dipped her toes into the pool with the surprise release of her EP The Kelly Rowland Edition last week. Now that she's dropped the project, she's letting us into the entire process that birthed it from start to finish.

First up is an excerpt showcasing the making of opening track "Don't You Worry." Giving shine to both Kelly's talent and the producers, we see the songstress vibing out to the track in the studio as well as booking some time in the booth to record the song. Most importantly, it gives some insight into the recording process and how organic these sessions at Red Bull Studios were. That's not all that's shown, though. In a fuller cut, we get to see Kelly meet and connect with the songwriters (pineappleCiti, Alex Saad, P. Wright and Jordan Douglas) and producers (TWhy Xclusive, Lord Quest and Fabian Mazur) who helped her craft the three tracks and what sounds to be possibly a full album of songs. The singer was quite open and transparent when chatting with the crew, including opening up about her goals and what she hopes to accomplish with the project — including her wanting to break the idea of her being "second best." It's definitely an eye-opening look into Kelly's process when it comes to crafting an album and all the work that goes into it.

If you've ever wondered about the recording process or just want a peek into what direction Kelly Rowland might be headed in next, you're definitely going to want to check these videos out. Peep Kelly's game by taking a look at the making of "Don't You Worry" below and stick around to get your own glimpse of the full recording process.