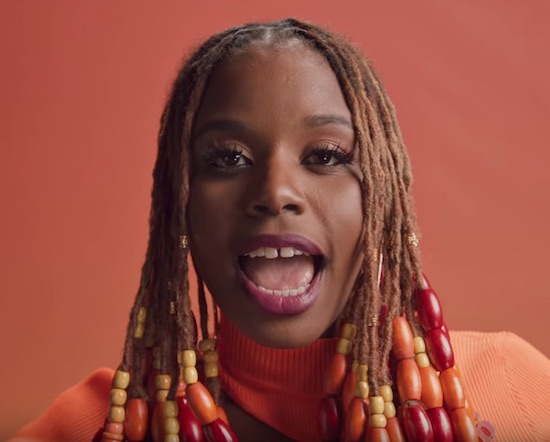 The artist simply known as PJ is back with a new groove. After releasing her debut album Rare back in 2016, 2019 finds her returning to the scene and our playlists with “One Missed Call,” which flawlessly samples living legend Stevie Wonder’s “All I Do.” On "One Missed Call," PJ sings about a cheater who isn't as slick as he thinks in a tale of modern romance meets technology.

We know what you're thinking though. Worried that PJ may have committed soul sacrilege by sampling the Stevie classic? Don’t be. PJ does a great job of flowing over the sample with her raspy vocals, as she lets her intuition guide her into figuring out her man is stepping out. While the familiar groove is there, the producer helps make it feel fresh with a bit more thump by adding more bass and increasing the synths.

PJ even pays homage to Mr. Wonder in the visual for "One Missed Call," bringing the cover art of his Hotter Than July album to life in a creative and colorful way. In front of director Daveion Thompson's camera, PJ is a quite vibrant singing directly into the lens rocking red, orange and gold beads on her locs as a direct tribute to the Hotter Than July cover. Color abounds throughout the clip with scenes of wildflowers blowing in the wind, PJ and her girl crew dancing outdoors in front of colored backdrops and PJ and her video bae playing phone tag on colorful sets. Despite the subject matter of the song, the visual is quite the joyous affair to match the tone of the production. Altogether, "One Missed Call" is more of a hit than a miss for PJ and has us anxious to hear what else she's got coming.


TAGS:  audio, daveion thompson, PJ, stevie wonder
Previous: Phony Ppl Make Collaborating With Rooney Look As Easy As ‘1-2-3’ Next: NIIA Explores The Darker Side Of Romance With ‘If I Cared’