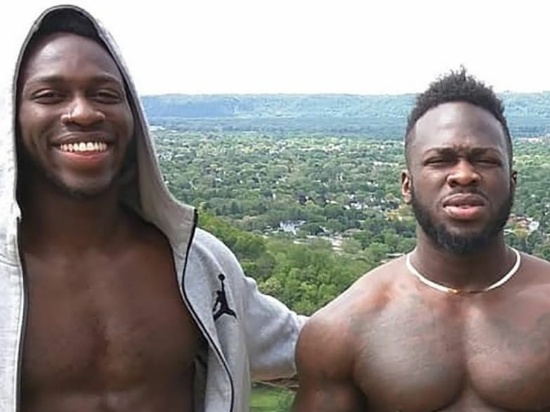 Jussie Smollett may be getting all the attention when it comes to the case of his alleged hate crime hoax but the brothers who claim to have helped him concoct the story and orchestrate the attack don't like what Jussie's lawyers have been saying about them. In fact, they're actually taking his legal team to court over it. They claim that his lawyers Mark Geragos and Tina Glandian insisting that the check for $3,500 that Jussie wrote them was only for personal training "make them feel unsafe and alienated in their local Chicago community." They also refute the implication that Glandian made that there might have been a romantic moment between Jussie and Bola Osundairo, claiming that the "globally broadcasted statements that Bola Osundairo is homosexual endangers him and the lives of his Nigerian family." They further followed up with an official statement, saying, "These lies are destroying our character and our reputation in our personal and professional lives. Those who know us personally know that we don’t have hate for anyone. … That is not who we are." #YouNeedMorePeople