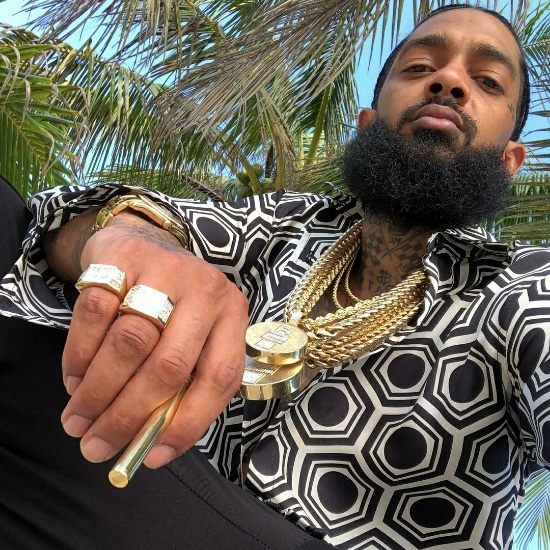 Nipsey Hussle's Sister Files For Guardianship Of His Daughter

Nipsey Hussle's untimely passing this past March left his community without a burgeoning leader. However, we should also not forget that it left his children without a father. Now his sister, Samantha Smith, is looking to make sure that one of his children is taken care of. She's filed documents in LA County Superior Court to become the legal guardian of Nipsey's daughter, Emani Asghedom. When he was alive, Nispey was the sole caretaker of the child and in the documents Samantha says that she feels the child's mother isn't fit to care for her. She claims to have helped in raising the child and wants "to ensure the continued stability for Emani and ensure that she will be able to maintain her current and ongoing relationship" with their family. The judge hasn't ruled yet but it looks like Samantha makes a pretty convincing case. #FamilyMatters