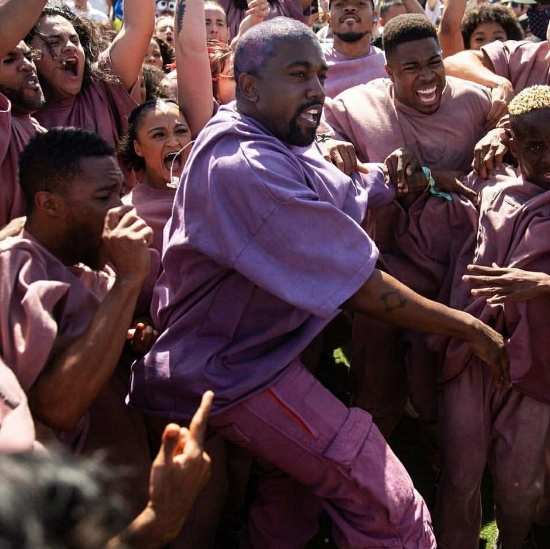 Kanye West May Be Looking To Start A Church

Maybe Kanye is taking his Yeezus nickname to heart. The rapper, who has been earning back goodwill after cutting up all 2018 thanks to his Sunday Service, seems to be considering starting a church of his own. News of the possibility of a church came after the Coachella edition of the event, which is said to have drawn 50,000 attendees (including more than a few famous faces). "He has talked about starting his own church, and what exactly that would be," a source told People. "It wouldn’t be the traditional, 3-hymns-and-a-sermon thing. Instead, it would be a way to point people to Jesus through the arts and through a community of people who love and care for each other. He also wants his kids to be raised in faith, and the best way for him to do that is to live out his faith." The source went on to say that this has apparently been part of Ye's vision all along. "Kanye has always said that his vision has always been for people from different backgrounds — races, ethnicities, beliefs, politics — to come together to worship God and love other people," they added. #PraiseWithYeezus