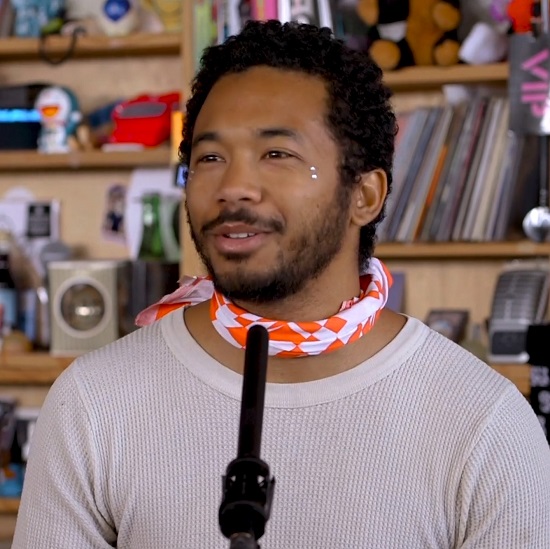 After spending the past few months on the road, performing as Toro y Moi for sold-out crowds across the U.S., Chaz Bear has earned himself a vacation. We're glad he's enjoying some downtime before he heads overseas at the end of the month for a mini European tour, but what we're really happy about is that he recently stopped by NPR's Tiny Desk to bring some Outer Peace to their diminutive inner space.

The synth-driven album is an infectious, chillwave vibe with '80s flair and nuanced nods to hip-hop, soul, disco and funk. It couldn't have been an easy task to decide on the set list, but Toro y Moi managed to pick four of our favorite grooves from the 10-track collection. The concert begins with a buoyant performance of "Laws of the Universe," before shifting to a more contemplative mood for "New House." The band then re-energizes the crowd with lead single "Freelance" before enticing them to clap along to an "Ordinary Pleasure" jam session.

Tender, but steady, Chaz's vocals remained impeccably smooth throughout the laid-back performance. Meanwhile, the band – Andy Woodward (drums), Tony Ferraro (piano) and Patrick Jeffords (bass) – perfectly matched his level of breezy cool. The inclusion of DMV musician Foots (of wavy alt-R&B duo FootsXColes) on the final song was a nice little bonus. Watch the concert below and download a copy of Outer Peace if it's not currently in your playlist. If you happen to be on the West Coast, catch Toro y Moi performing this weekend (alongside SB faves like Disclosure, Flying Lotus, Santigold and Masego) at the 2019 Lightning in a Bottle Festival. 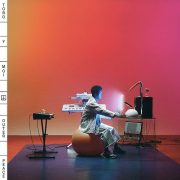 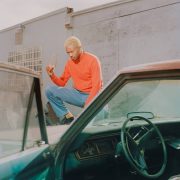 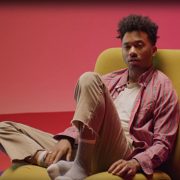