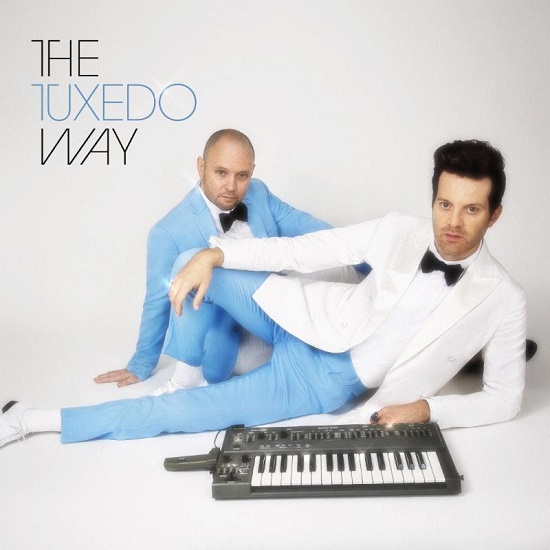 We've been getting a lot of new music this year. But you know what's been missing? The funk. Thank goodness Jake One and Mayer Hawthorne, collectively known as modern funk duo Tuxedo, have decided to drop a new jam. The twosome come correct with their celebratory song "The Tuxedo Way."

As with most of their work, "The Tuxedo Way" is firmly rooted in the funk and boogie sound of the late '70s and early '80s yet brings a feel of the here and now into the mix. Mostly though, it's all about having a good time. "The funk is here to stay / I'll toast to that," Mayer sings on the chorus. Later in the song, he urges all the party people to raise their cups, get their backs up off the wall and let their hair down.

"Tuxedo is music for celebrating," Jake and Mayer said in a statement. "Yet, as we were working on new music, we realized, much to our surprise, that we didn't actually have a quintessential celebration song in our catalog. 'The Tuxedo Way' is the answer to that problem."

You'll also get a chance to celebrate with Tuxedo in person as they've also announced a 21-date North American tour that kicks off in Santa Ana, California on July 20th. From there, they'll crisscross the United States and Canada — hitting up cities like Dallas, Atlanta, New York, Toronto, Detroit and Chicago — before wrapping things up on the West Coast in San Diego on August 24th. Presale tickets for the show go on sale today (May 15th) while general tickets will be available May 17th via the band's website.

Get ready for Tuxedo kind of summer by toasting it up to "The Tuxedo Way" below, where you'll also find a full list of tour dates.


TAGS:  audio, jake one, mayer hawthorne, Tuxedo
Previous: Tank And The Bangas Show Us Their ‘Nice Things’ Next: Montell Jordan Returns To R&B With ‘When I’m Around You’