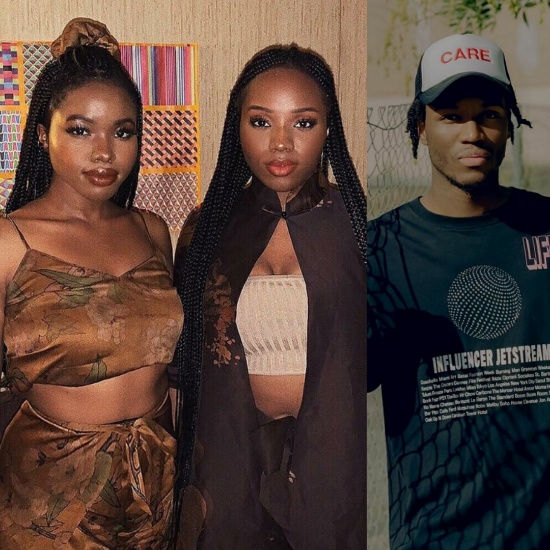 Dynamic sister duo VanJess continue to serve fans helpings of their signature brand of sweet and sultry R&B. They recently decided to add a few tasty touches to one of the standout tracks from their critically-acclaimed album Silk Canvas, which was released last year and featured a stellar line-up of artists including Goldlink, Little Simz, Berhana and Masego. After releasing the equally stunning visual for the sexy ballad “Honeywheat” earlier this spring, fans were recently gifted with not only an acoustic visual but also a remix featuring an opening 16 by Chicago’s own Saba.

The track itself is left largely untouched except for Saba’s verse in which he outlines his yearning for his distant lover. He effortlessly and seamlessly rides the seductive beat noting, “Out of town, I done had hundred withdrawal / Coming down, avalanche, when I get home / Voice mailbox, I don't really miss calls / From the one that I want, I can fall from afar.” Though his contribution adds a bit of a bop to the single, still it remains sensual and a perfect fit for anticipated adult time.

Give the “Honeywheat (Remix)" featuring Saba a spin, and be sure to add it to your playtime playlist from your favorite digital platform. Fresh on the heels of their catchy collabo "Dysfunctional" with super-producer Kaytranada, the songbirds recently made a surprise appearance during his Coachella performance, as well as Pharrell Williams’ Something In The Water festival. Los Angeles Bouncers can catch them at Keep Cool Records' upcoming Put You On music showcase on May 22nd alongside labelmates Freddie Gibbs, Hello Yello and Lucky Daye, and they are sure to make their presence felt at this year’s ESSENCE Festival, 4th of July weekend in New Orleans.