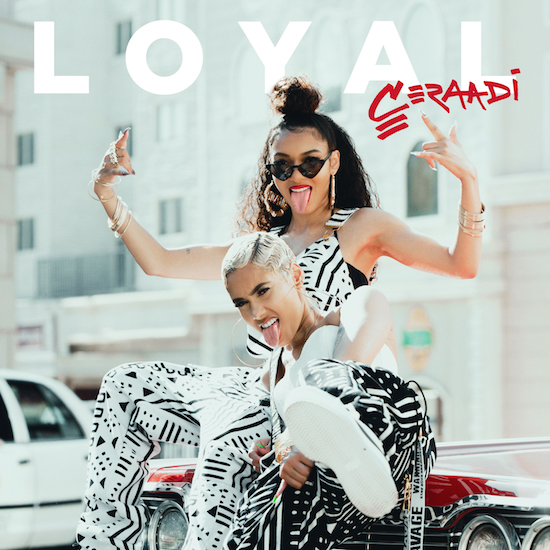 Duo Ceraadi made waves earlier this year when they were filmed busting a move during this year's Roc Nation GRAMMY Brunch. Now, sisters Saiyr and Emaza are ready to go viral for a much different reason with the release for the official debut music video, "Loyal."

The sun-drenched clip features the two showcasing their best dance moves along with their musical skills as they declare their loyalty for their special boo. The video instantly conjures up imagery of classic girl groups from the '90s like TLC as they dance around with their baggy jeans and girl crew surrounding them. The mid-tempo song is a light and airy bop just in time for summer fun in the sun while also showcasing both their vocal and lyrical abilities.

While "Loyal" marks their major label debut since signing with Island Records, it isn't the first music to come from the two, who previously enjoyed success thanks to indie releases like "Active" and "Kung Pao." With over 1 million YouTube and Instagram followers, Ceraadi is ready to step beyond the confines of social media and take the music world by storm. As social media starlets, it only makes sense that they would call in a few favors from fellow viral sensations like Dan Rue popping up in the video with his own signature move. Hit play below to see if these sisters have what it takes to earn them some new loyal fans.